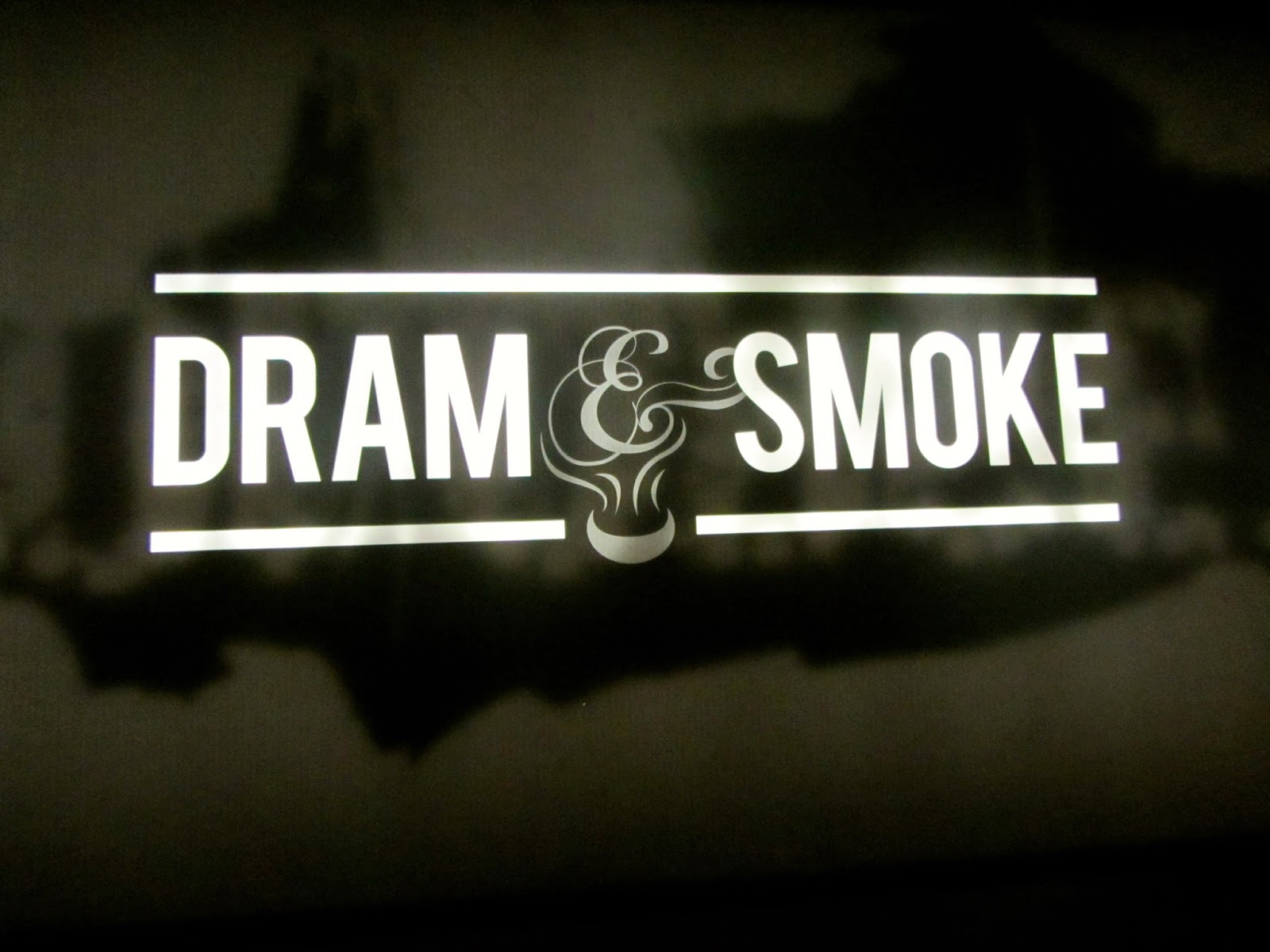 It's been a while since I've been to a good pop-up restaurant, so I was very happy to dine at Dram & Smoke on Friday night. What a slick operation with its hidden warehouse location; cockle-warming arrival cocktail; fun Monkey Shoulder bar complete with log fire projection, and the main attraction, an excellent 5 course Scottish-inspired dinner. 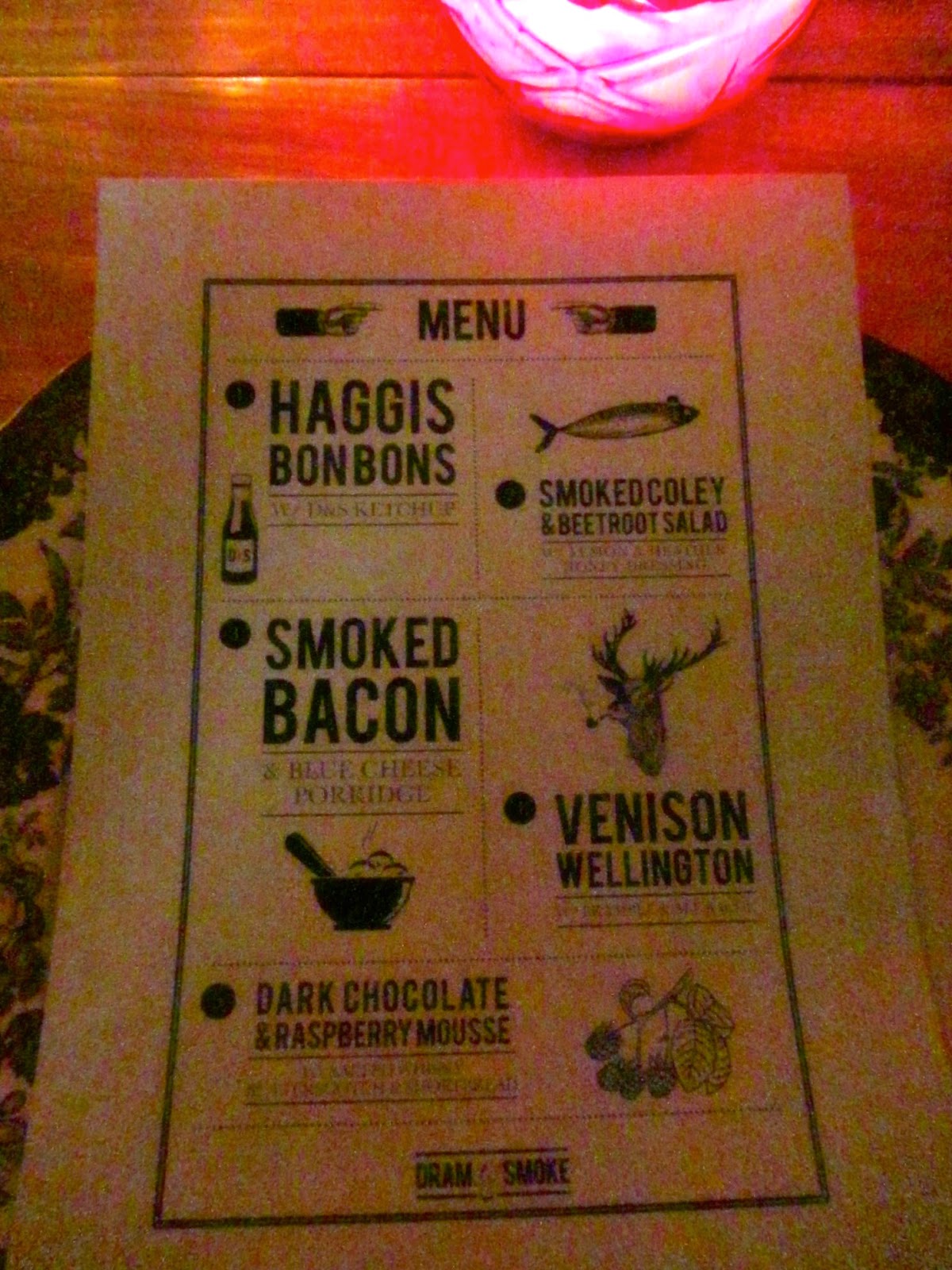 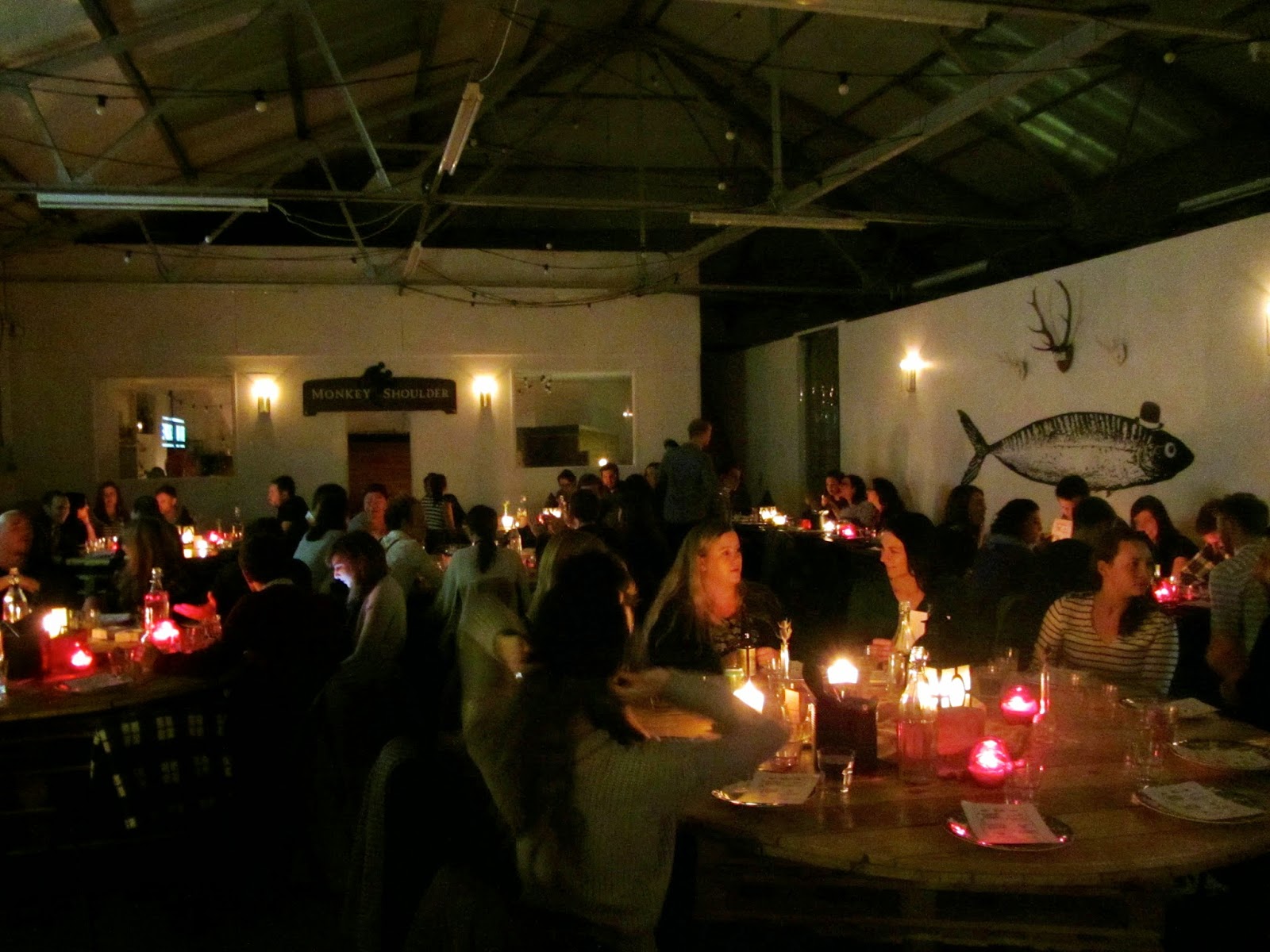 My friend and I found our chilly way to Black Swan Yard and behind the large black doors, walked into a warm oasis of candle-lit calm. Monkey Shoulder whiskey is the name of the game at Dram & Smoke and if like me, you're not much of a whiskey fan, then you'll no doubt think again, as it featured in all the cocktails and was surprisingly delicious. Especially the welcome one which was a true Hot Toddy! We popped to the bar to order our wine for dinner, then took our seats at a shared table with a friendly bunch, and dinner was served. 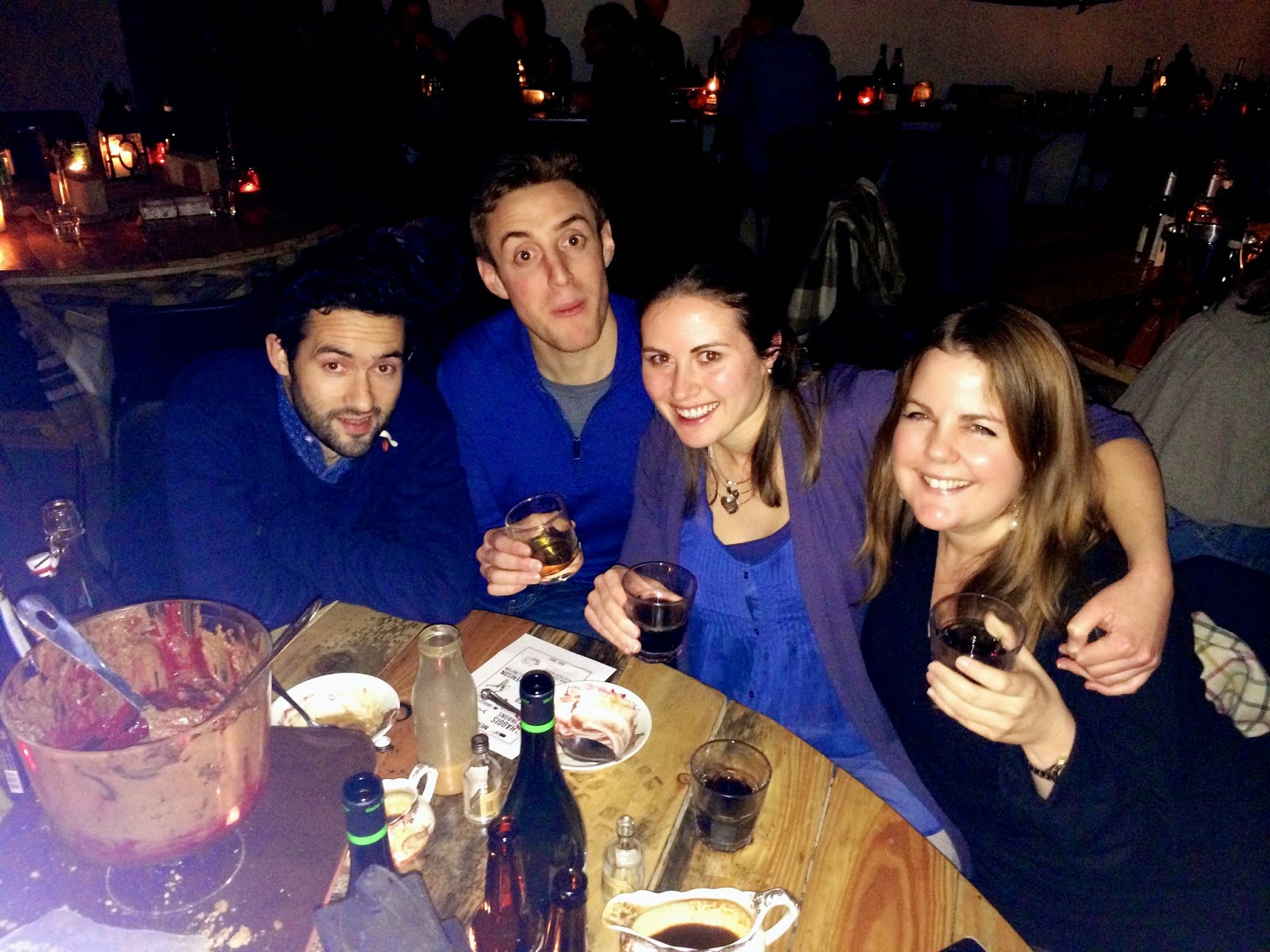 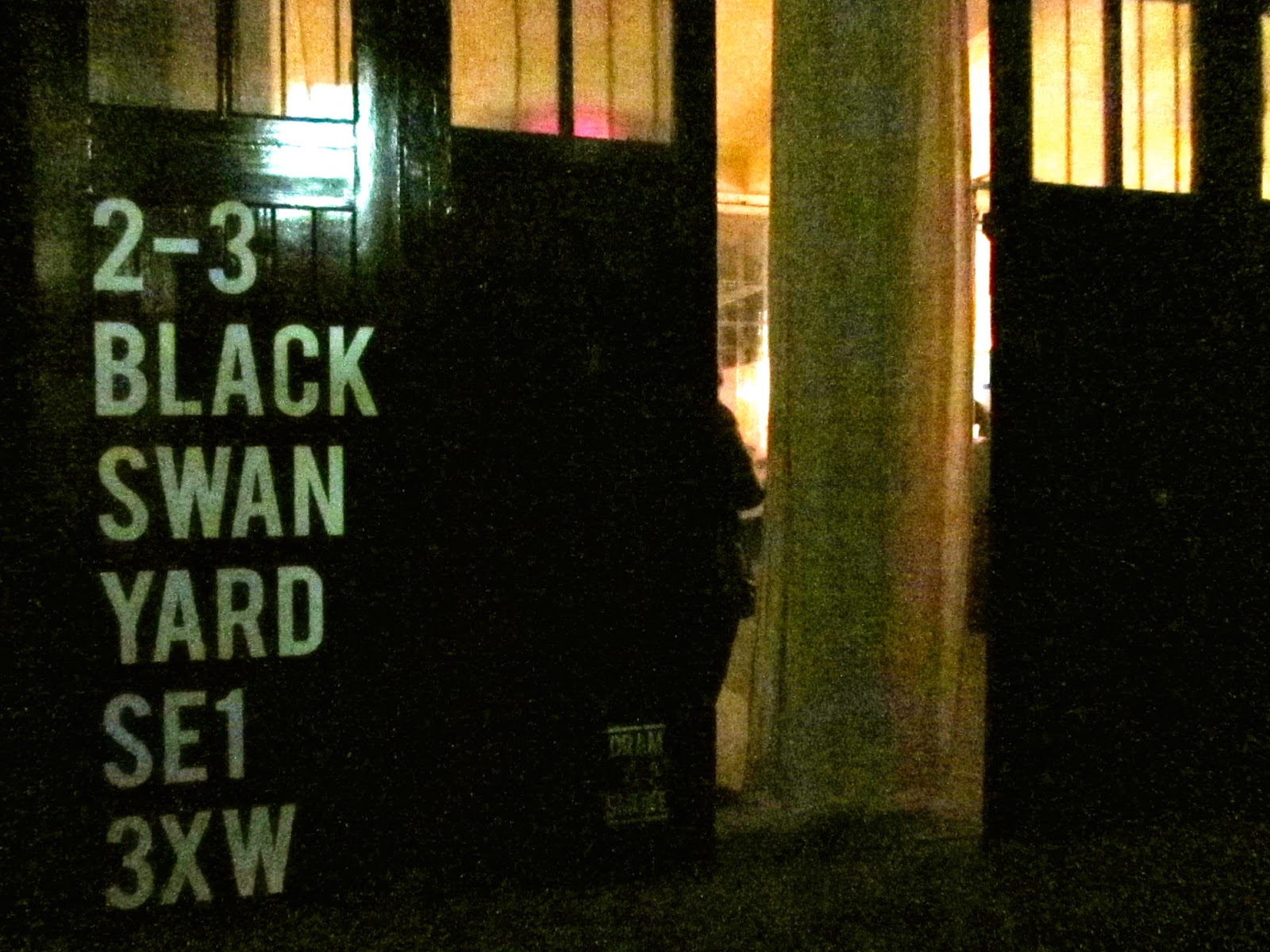 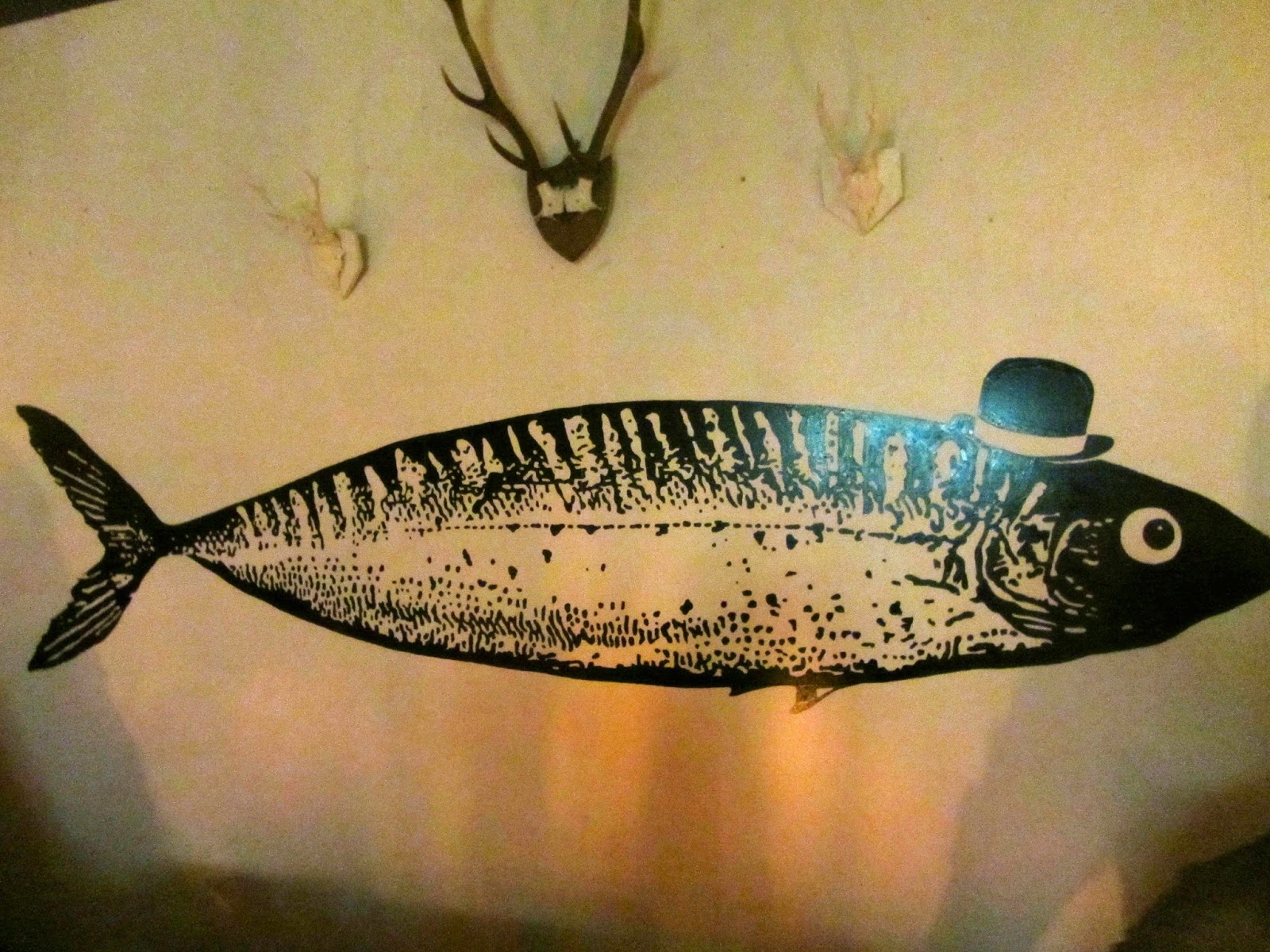 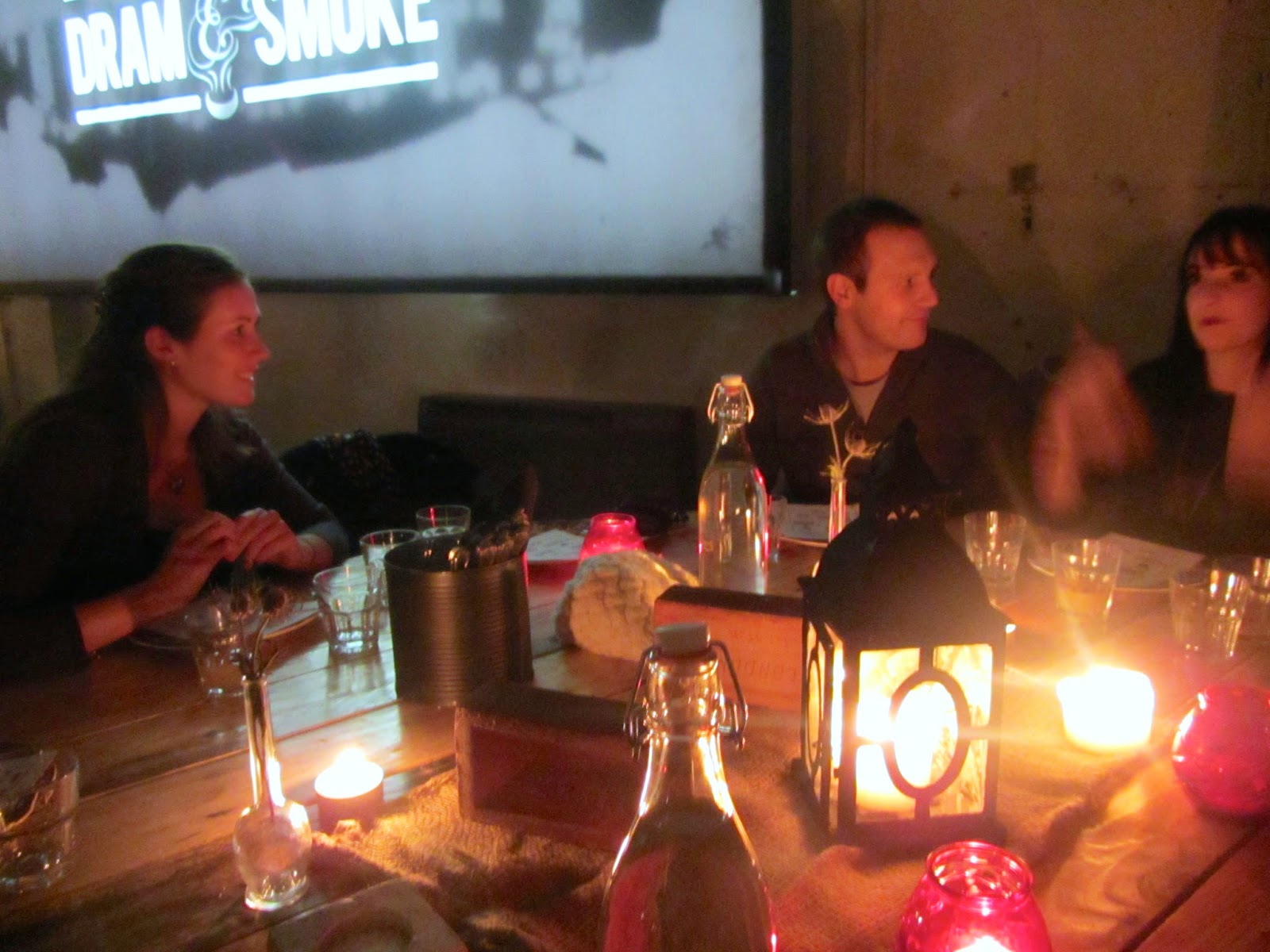 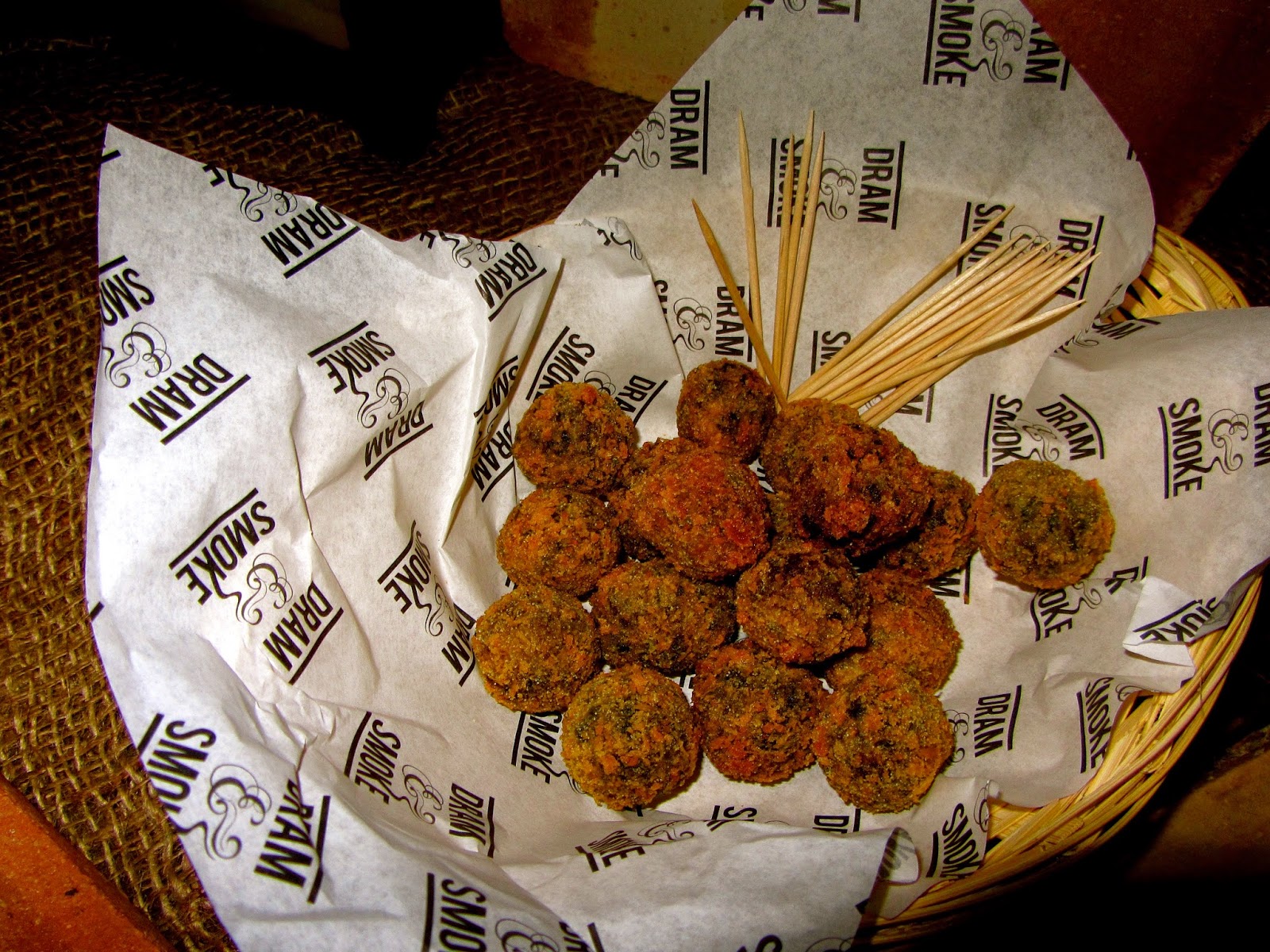 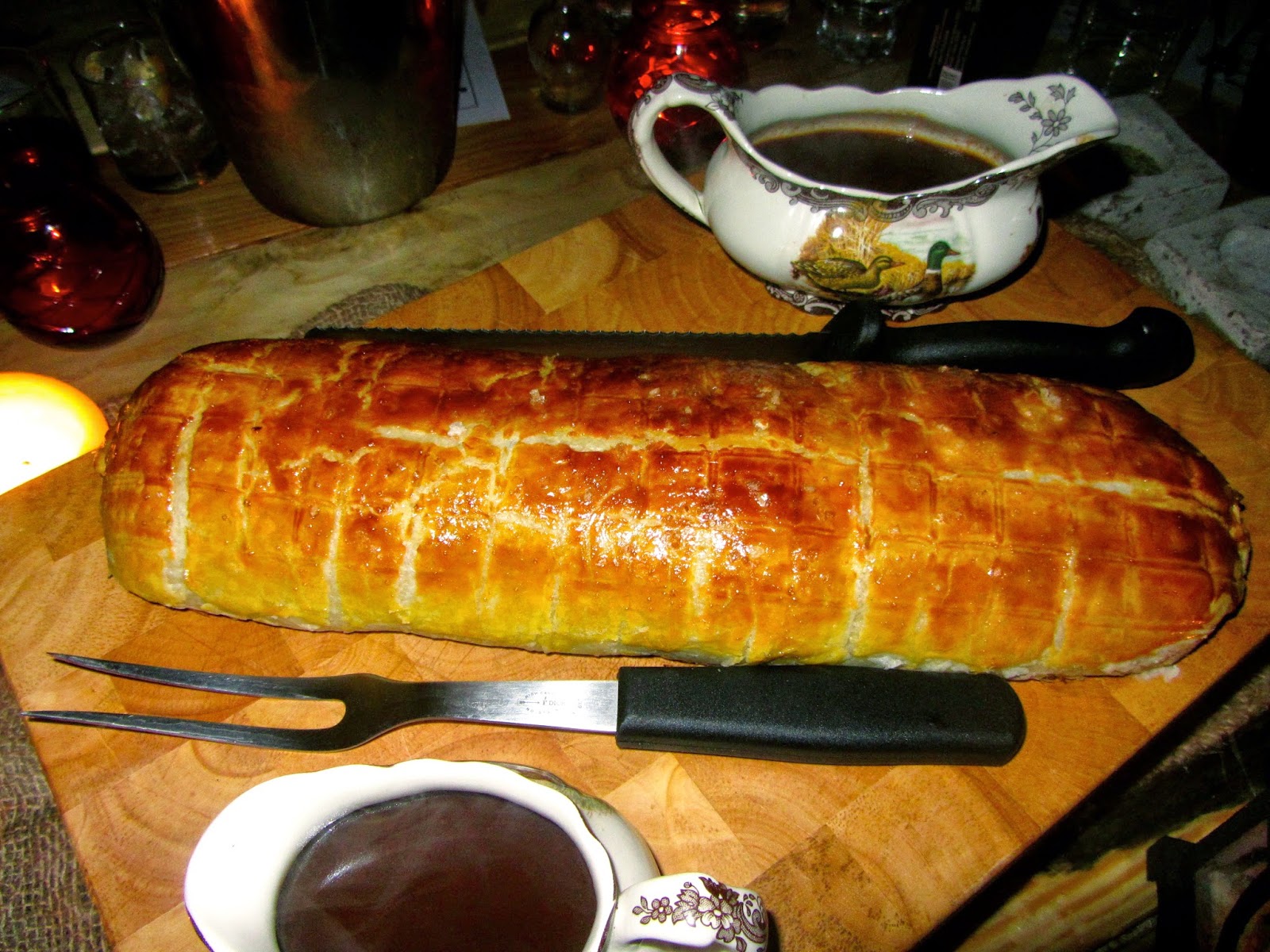 Our Scottish feast kicked off with Haggis Bonbons and a homemade Dram & Smoke ketchup. Totally amazing! Followed by a Smoked Coley & Beetroot Salad which was also great. Then came the Smoked Bacon & Blue Cheese Porridge which I was quite hesitant about, as I really don't like blue cheese. But this was like nothing I've ever tasted and didn't touch the sides. The main course was a magnificent Venison Wellington which was cooked to perfection and served with a load of roast veg, but sadly no potatoes. For pudding, we tucked into a heavenly Dark Chocolate & Raspberry Mousse served with a slab of homemade, melt-in-the-mouth Scottish shortbread. And not forgetting the miniature bottle of Monkey Shoulder 'going home' present. 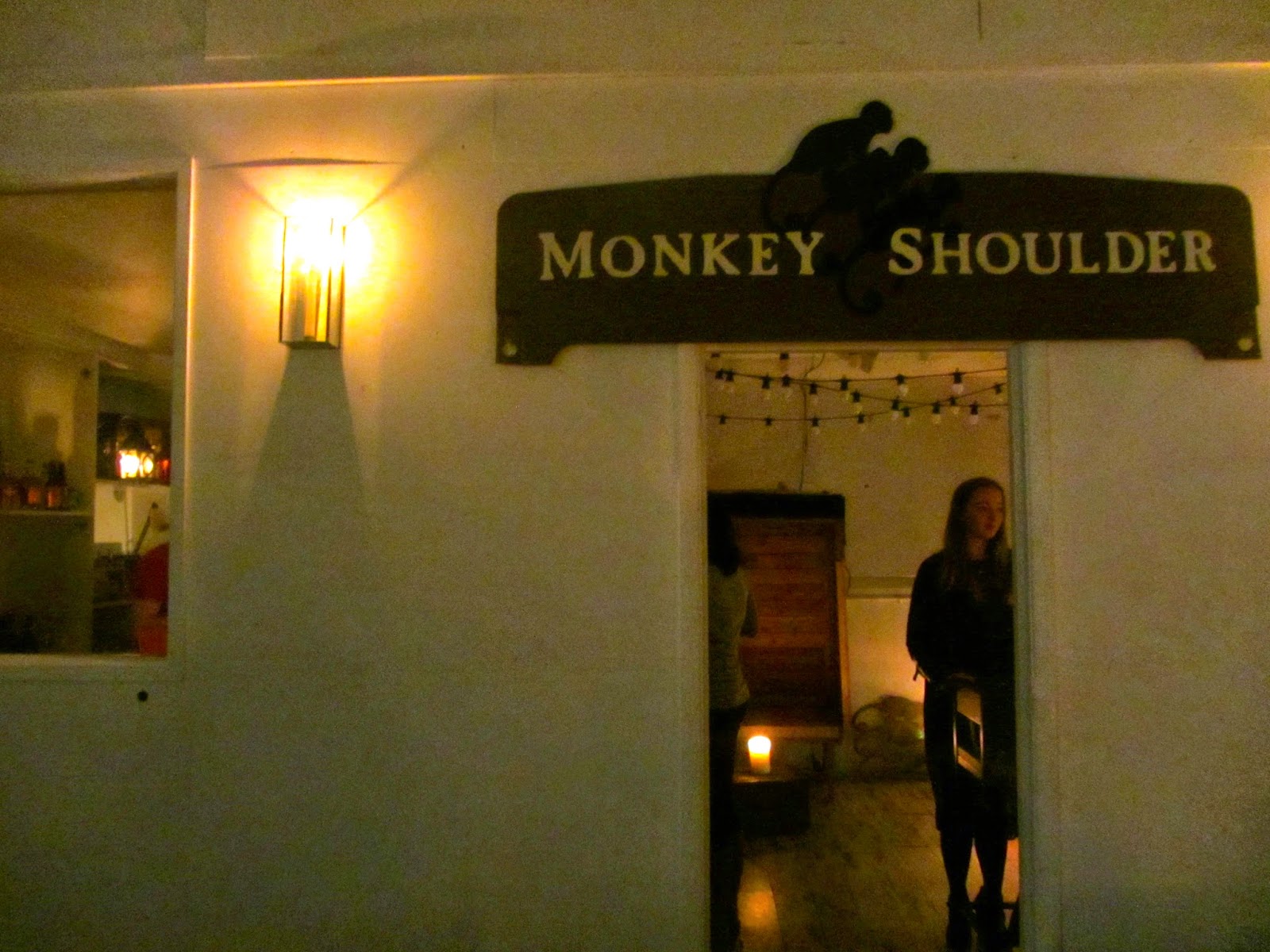 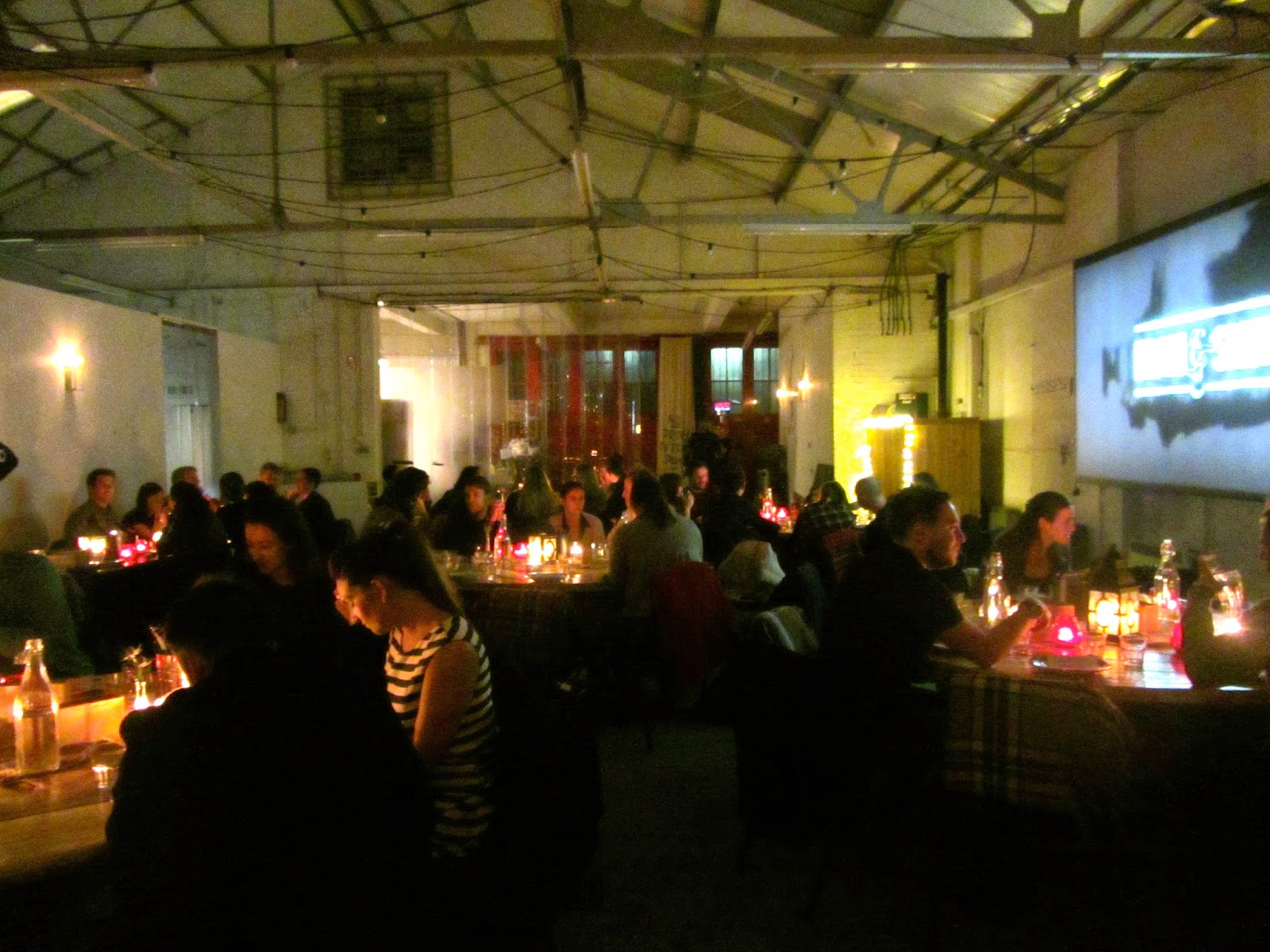 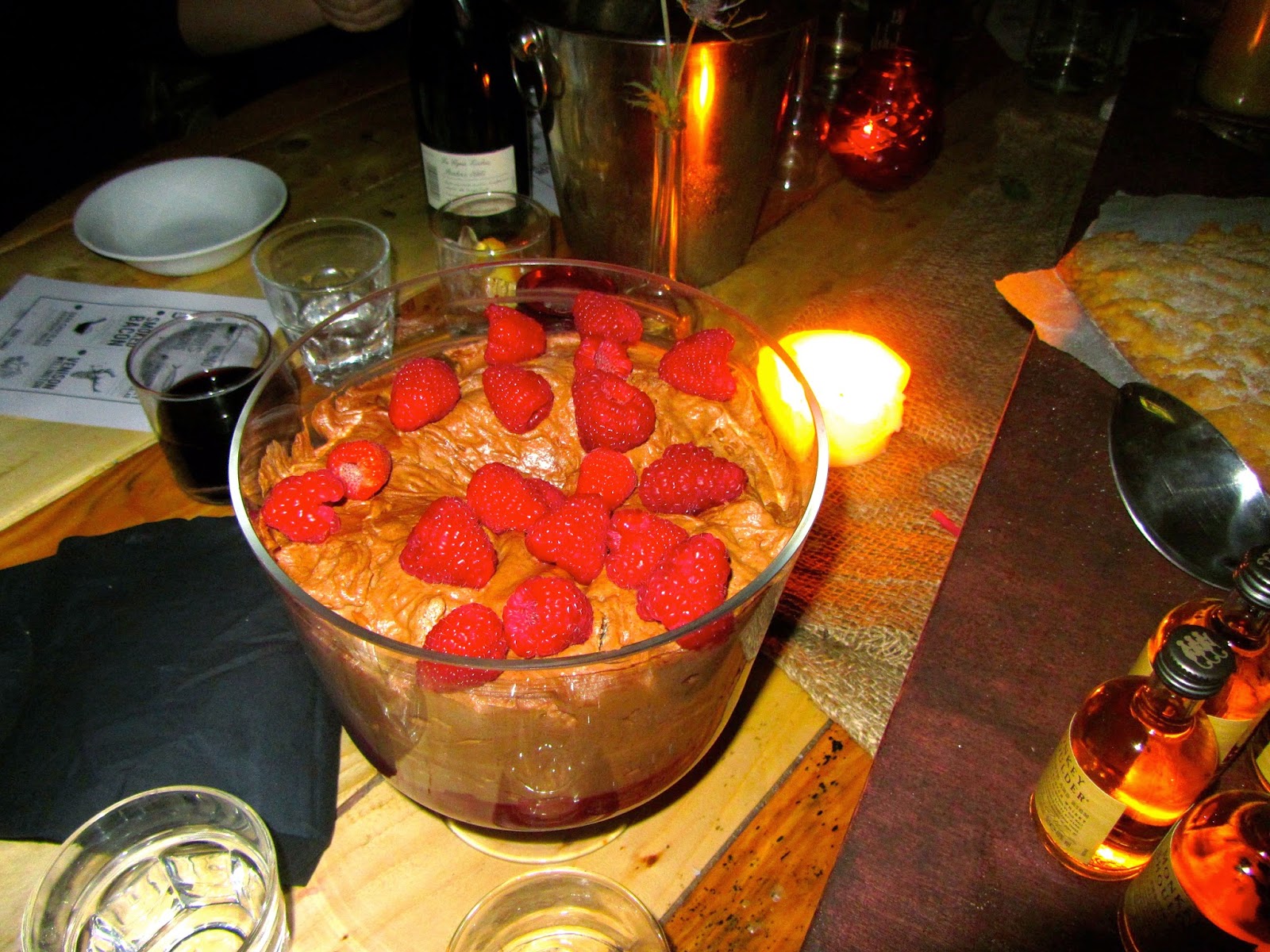 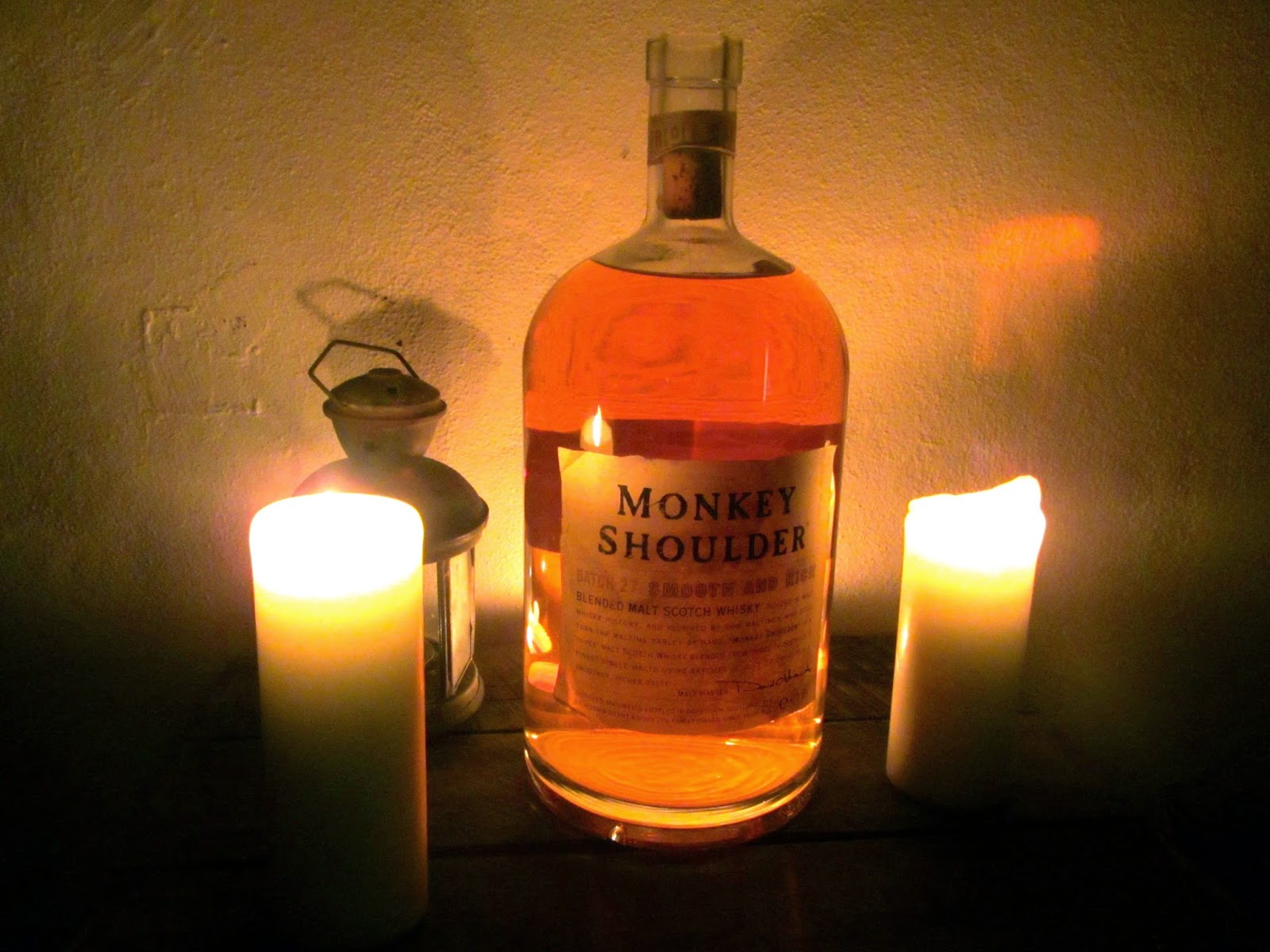 I was completely impressed with the entire evening. Great location, great ambience and terrific food. Dram & Smoke have got it totally sussed and I hope this won't be their last venture. They hosted a pop-up at a steelworks in Vauxhall last summer (which I sadly missed), so fingers crossed they've got a few more lined up for 2015. Their current pop up runs until 20th December, but I've an inkling they've probably sold out already. Which is very understandable. Maybe they'll be doing something epic for Burns Night! 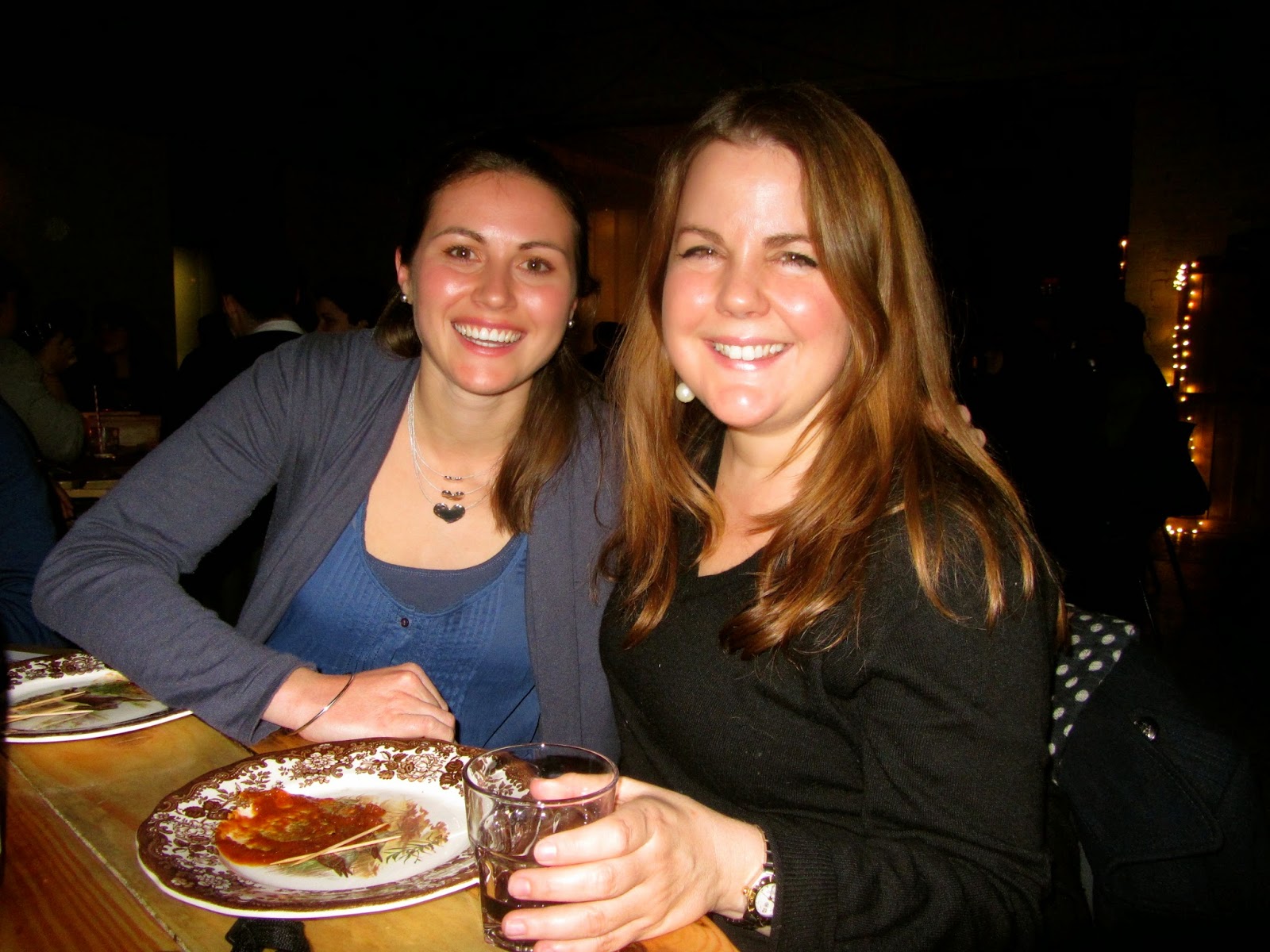 @Dram_and_Smoke
Approx £40 for a 5 course dinner including cocktail