All Aboard The Gingerline 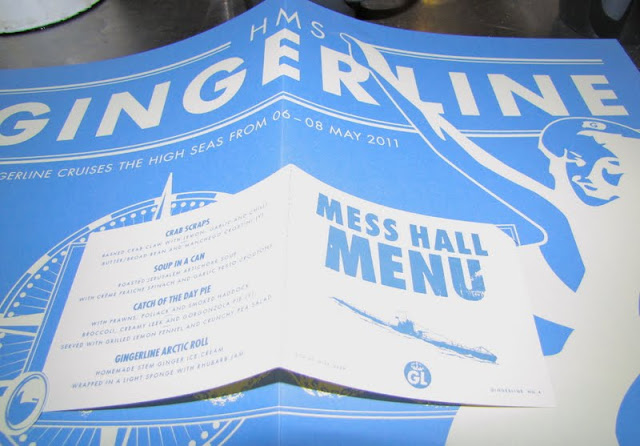 There's a pop-up restaurant with a twist in town, and it's called Gingerline.  The name derives from the old East London underground line which was orange, hence 'ginger'. That line has recently become part of the rapidly expanding London Overground network, and that particular leg now stretches between Highbury & Islington down to West Croydon. 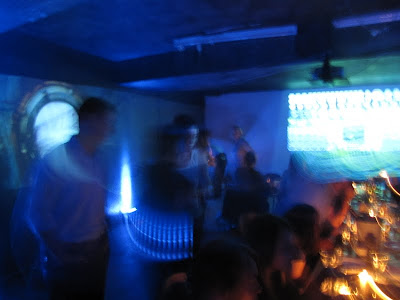 An all female posse of food-loving chums created Gingerline last summer - a project to incorporate creative dining and artistic expression in strange places easily accessible along the line. Their unusual venues have included a fancy dress costumiers and an old Victorian shop, and they even held a dinner at the brilliant Brunel Museum and tunnel which was reminiscent of the banquet held there in 1827 (see my previous post about the Brunel Underwater Concert). 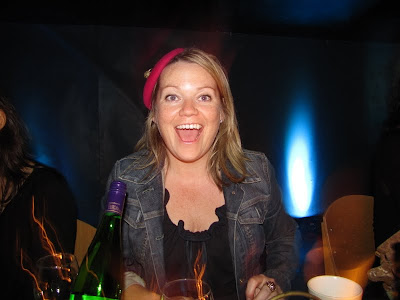 Gingerline events take place every few months and you need to book fast as places sell out like hot cakes! I was fortunate enough to secure two places for me and a friend to attend their latest dinner event - HMS Gingerline.  One of the exciting things about Gingerline is that even once you've booked and paid, you have no idea where you're actually going or what to expect until literally an hour beforehand.  All you know is that the dinner will take place somewhere along the Gingerline and will be within a 5 minute walk of the station. So, at 6pm sharp, filled with excitement and trepidation, the eagerly awaited text appeared on my phone to reveal the destination.  Shoreditch. Phew! 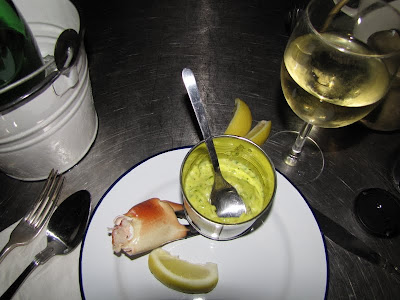 I forwarded the destination onto my friend and then we were off.  The meeting point was a location on Rivington Street, EC2 in the form of an interesting art space. As the various Gingerliners congregated, 'gingerly' approaching the man in the hat to establish they were at the right place, the anticipation grew. We joined the other guests as we were led inside the dark building by a butch female 'sailor' complete with HMS Gingerline tattoo, who took us right down into the doldrums of what appeared to be a large vessel.  The decor was really well done and the team had clearly worked very hard to recreate the interior of a submarine which was lit with subtle uplighters, tealights and clever light projections of portholes and underwater scenes along the walls. 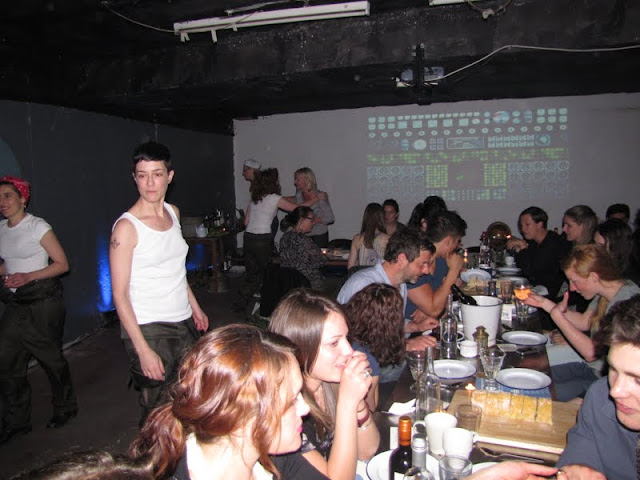 A long table dominated the room, all laid with interesting sea-faring artefacts and the special arty menus. We took our places and enjoyed a welcome enamel mug of rum and ginger ale, whilst taking in our surroundings and engaging in banter with our fellow Gingerliners.


Being an underwater theme, we had a sea-inspired feast which was very good and cleverly thought out. Although I did find the offering of a single crab claw as an amuse bouche, quite an unrewarding palava, and was grateful for the plate of garlic pesto crostinis we received instead which were very tasty. The hearty Jerusalem artichoke soup served in a can was a fun, novel starter, and the creamy fish pie brimming with prawns, pollock and haddock was definitely the hit of the night.  Pudding was a namesake ginger arctic roll which finished the meal off perfectly. 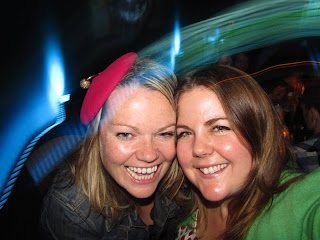 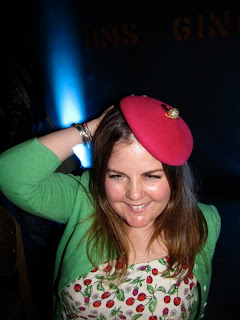 The wine and conversation flowed and it was apparent that everyone was having a really good time. The Gingerline team even did a little performance for one of the guests who was celebrating a birthday, much to everyone's delight. These girls have really got it right with their creative concepts and attention to detail. And the fact that no two Gingerline events are the same, means you definitely want to go back and experience another one.  I know I do. So book now and get on board the Gingerline! 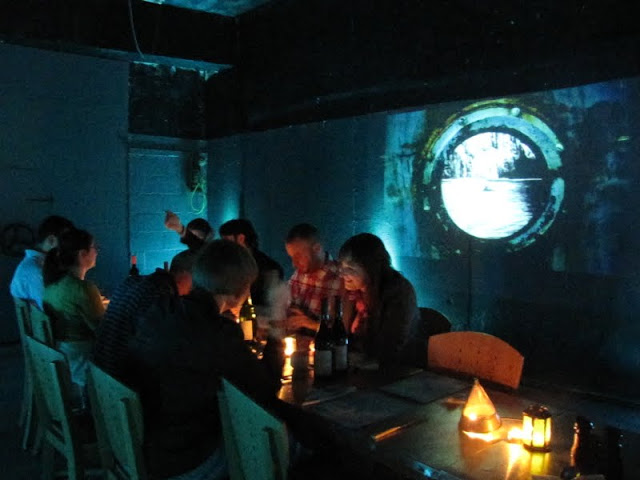 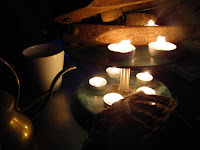 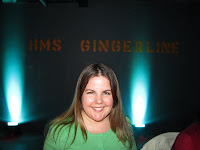 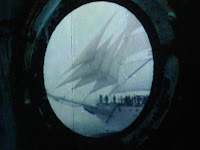 Email ThisBlogThis!Share to TwitterShare to FacebookShare to Pinterest
Labels: Gingerline