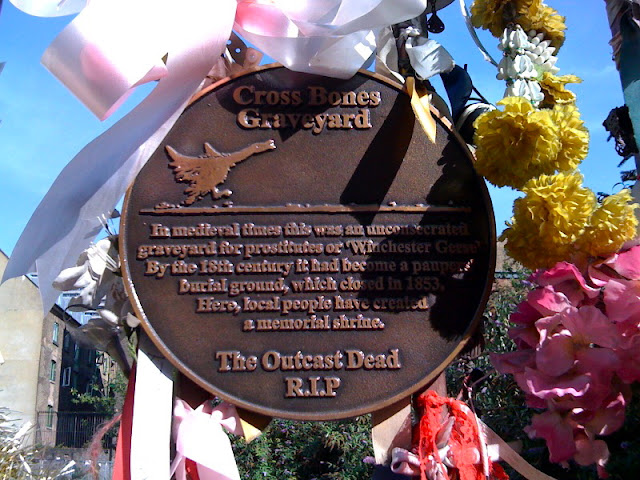 On a little street only a short distance from the hustle and bustle of Borough Market, is a very important site. Cross Bones Graveyard. During medieval times, it was an unconsecrated burial ground for 'single women', a euphemism for prostitutes, also known locally as 'Winchester Geese'. They were called this because the Bishop of Winchester gave them a licence to work within the Liberty of the Clink, an area outside the City of London renown for its brothels, bear-baiting and other such unpermitted activities. Even though prostitution was a 'profession' which was very much recognised and clearly in demand, it is sad to think that once these women were past their 'sell-by date', became more destitute and eventually died, they were deemed as outcasts and not even worthy of a proper burial. So they ended up here, at Cross Bones. And horrifyingly, when the site was excavated in the 1990's, it seems one third of the remains were of infants under a year old and even perinatal fetuses, which suggests many of these women suffered illicit childbirths. The majority of the adult remains were of women aged 36 years or older. 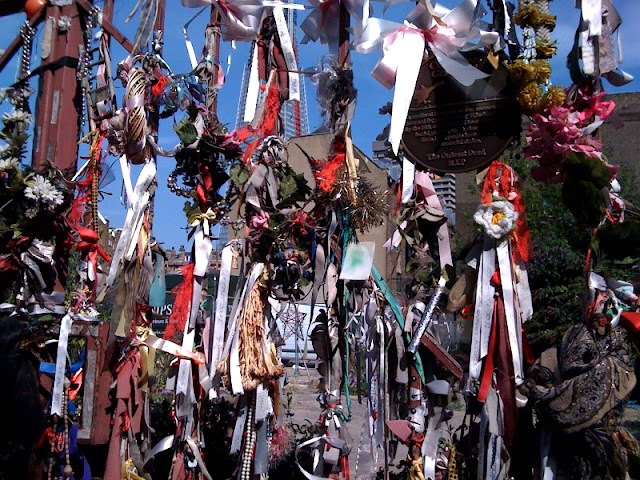 In the 18th century, the site became a paupers' cemetery used to bury the poor of St Saviour's Parish. It's incredible to imagine that up to 15,000 people are believed to have been buried on this site, and in 1853 it had to be closed as it was literally overflowing with the dead and it wouldn't be seen fit for public health, let alone decency to continue burials. The site is now a shrine to remember all those buried here, especially the 'single women', and the gates on Redcross Way are adorned with flowers, tokens, messages and keepsakes. On the 23rd of each month, the Friends of Cross Bones hold a candlelit vigil at the gates to honour the outcast dead and refresh the shrine. Anyone is welcome to attend. 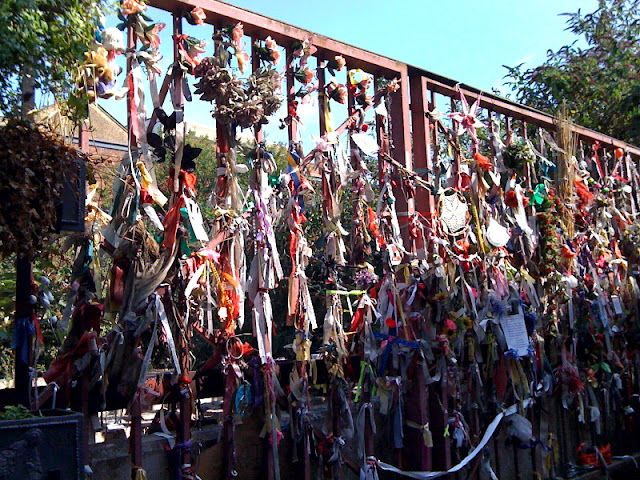 As this final resting place is currently a derelict site, and Borough is rapidly becoming a desirable area for hot property, it seems the site is destined to be developed into luxury flats, offices or shops. However, there is a petition  campaigning for a Garden of Remembrance to be built on the site. Even if this garden is incorporated within the new development, I do hope TFL and Network Rail (who own the site) will show sensitivity and take this into consideration with their plans. 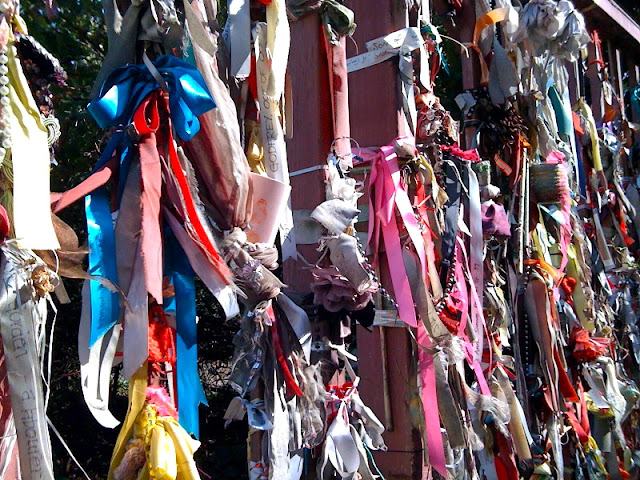 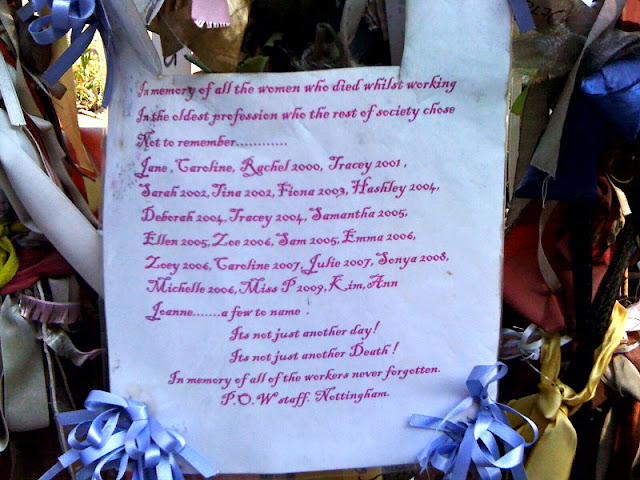 To all the single ladies, the outcast, the children and the Winchester Geese, may you rest in peace.