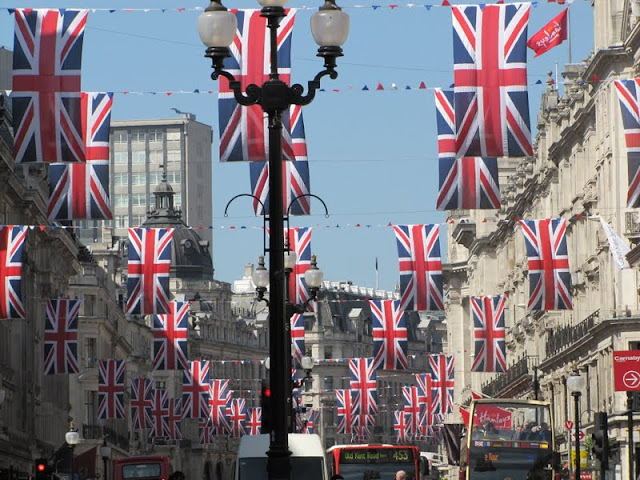 London is currently a vision of red, white and blue.  With less than two days to go until William & Kate tie the Royal knot, there is definitely a buzzing sense of excitement in the air.  People across the country are digging out the bunting and dusting off their finest vintage crockery in preparation for one of the many street parties which will take place up and down the land.  Even Downing Street is having one! London parks are gearing up for masses of picnicking revellers who will watch the wedding unfold on giant screens.  It really is going to be a right Royal knees-up! 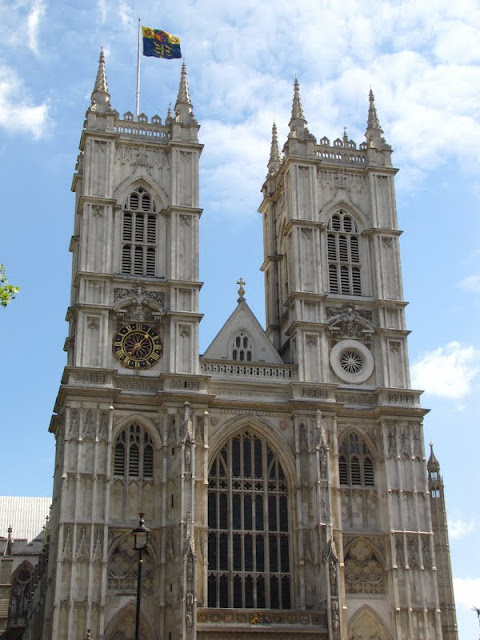 I will be watching it on television, from the comfort of a sofa with my dear friend in the countryside. We will no doubt be enjoying lashings of Pimms, cucumber sandwiches, Melton Mowbrays and mugs of Earl Grey, whilst donning homemade Kate & Will masks, humming Rule Britannia and taking in every detail of The Dress. Then off to the village pub for a few celebratory jars of ale, before heading back to London and the wonderful aftermath of the big day. 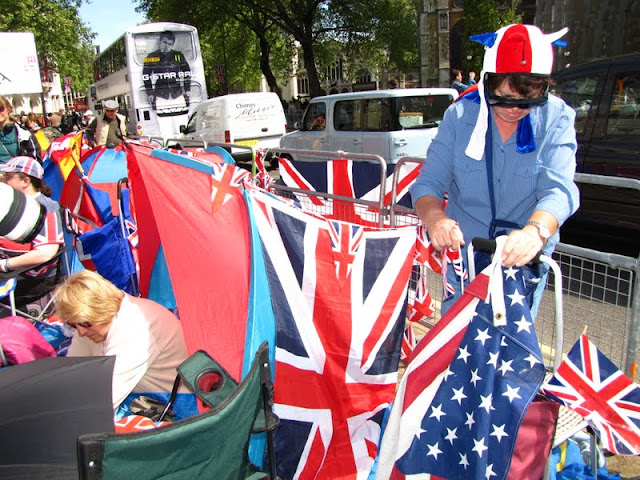 So not wanting to miss out entirely on the Royal Wedding build-up in London, I decided to take myself off to Westminster Abbey this afternoon so I could immerse myself in pre-wedding fever.  Outside the Abbey, some hardcore Royalists have already set up camp, securing their tents and sleeping bags in prime positions. And with the glorious weather this week, it surely beats Butlins - free accommodation in the heart of London! 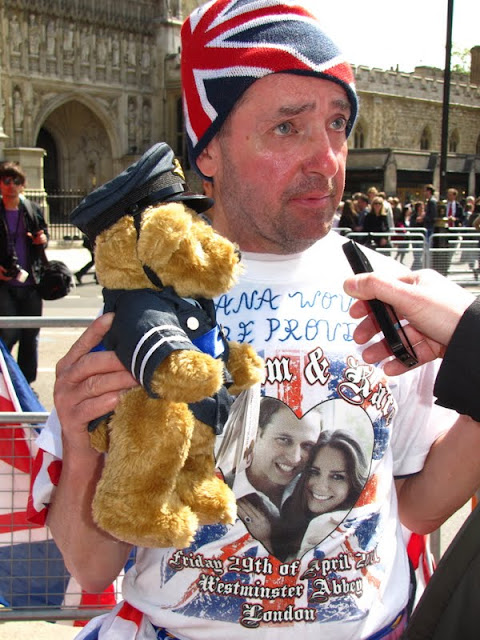 The campers have come from far and wide and include some American Royal 'super fans', as well as John Loughrey, a vehement Royalist from South London who was the first to arrive early on Tuesday morning.  He's not getting a moment's peace as all the news and television crews are queuing up to interview him.  He's clearly in his element! 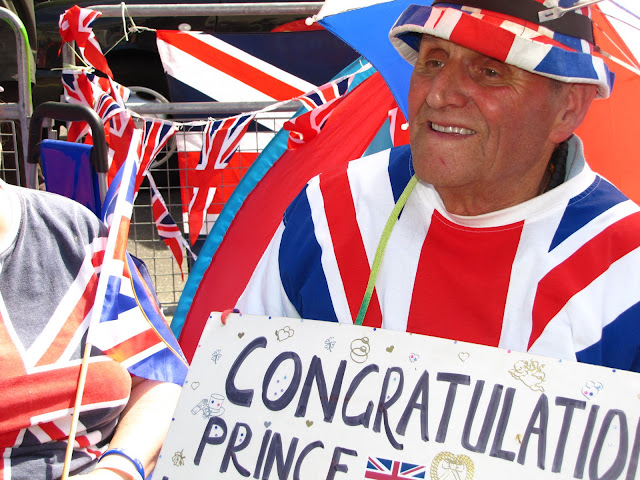 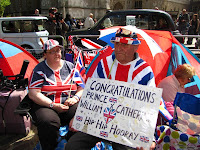 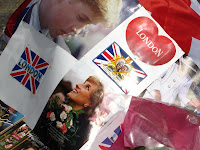 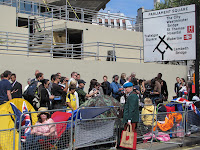 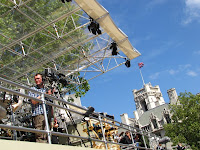 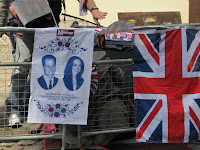 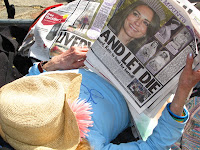 I then made my way from Westminster Abbey, down past Horse Guard's Parade and along The Mall which is looking magnificent and regal with all the Union flags adorning its entire length up to Buckingham Palace.  Surprisingly no eager queue pitchers camping on The Mall as yet.  However, various news crews from around the globe have set up camp in an impressive large green office block type building which has been temporarily erected just opposite the palace. I saw the Fox news hounds enthusiastically talking to camera, spreading the latest wedding goss, live across the pond. And then a strange bunch of Queen and corgi mask-wielding tourists caught my attention... 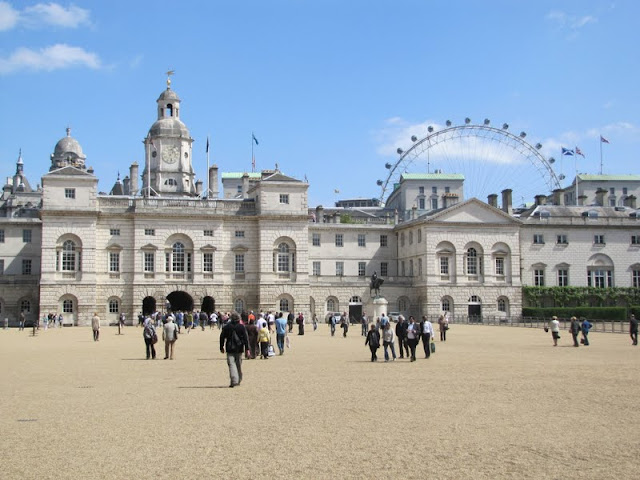 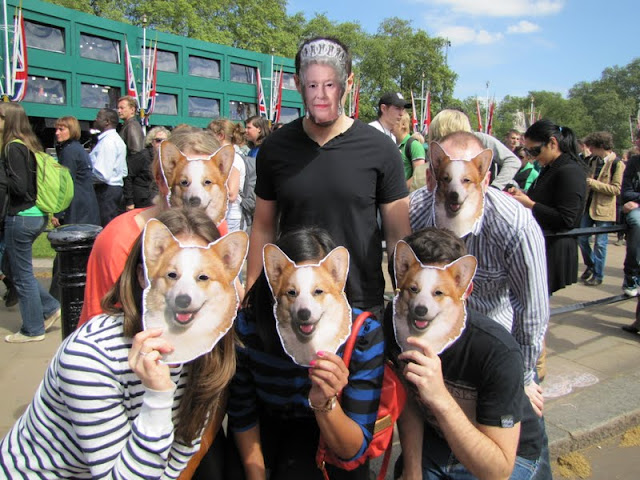 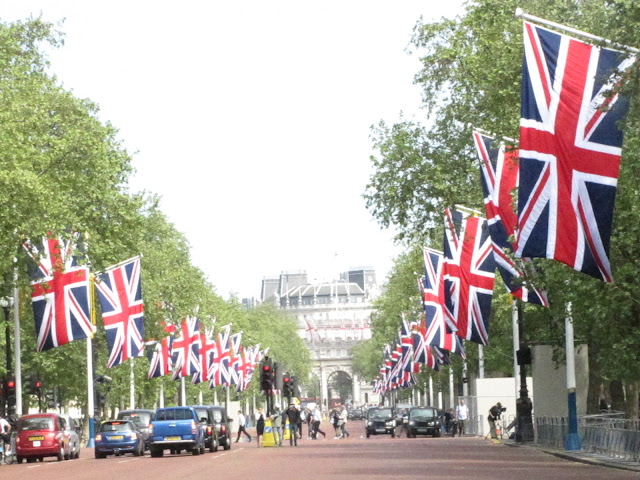 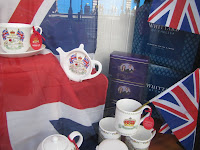 A quick hop across leafy Green Park and a wander down Piccadilly, I arrived on Regent Street which also looks resplendent in giant Union flag bunting. It is nice to see that nearly all the shops along Regent Street have dressed their windows in a regal fashion as a courteous nod towards the big day.

I had a wonderful afternoon in the sun, walking the route and absorbing the atmosphere.  Which just leaves me to offer my own congratulations to the happy couple.