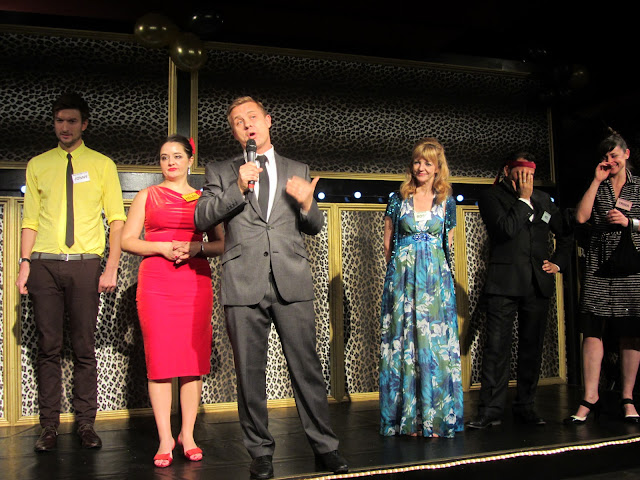 You know those cheesy sitcoms which usually have an episode involving an office party with stereotypical staff wearing naff outfits, embarrassing photocopier moments, boring speeches and dodgy entertainment? Well there's a show in town called Office Party which is just like that, and you can be part of it. "Why on earth would I want to go to such a cringeworthy party?" I hear you cry. Because surprisingly, it's actually a lot of fun. An ironic, riotous hoot in fact. And besides, some companies really do have office parties like that, and they're not even being ironic!

I went along to the Office Party show with a friend last week and we didn't have a clue what to expect. Arriving at the Pleasance Theatre in Islington, we were redirected next door to the 'Product Solutions' company head office, stopping off first for a few glasses of Dutch courage at the nearby Shillibeers bar. 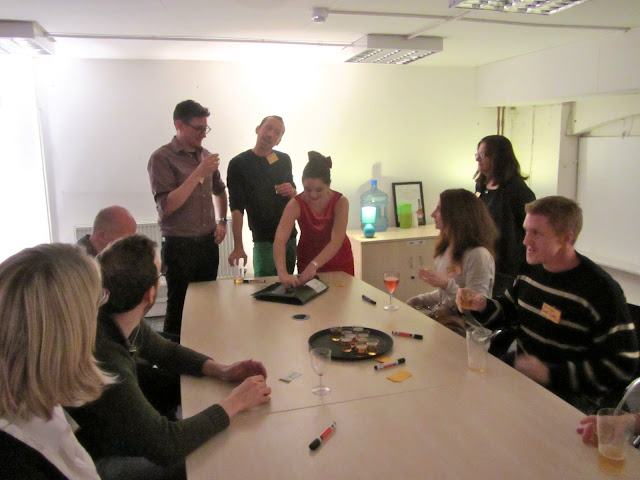 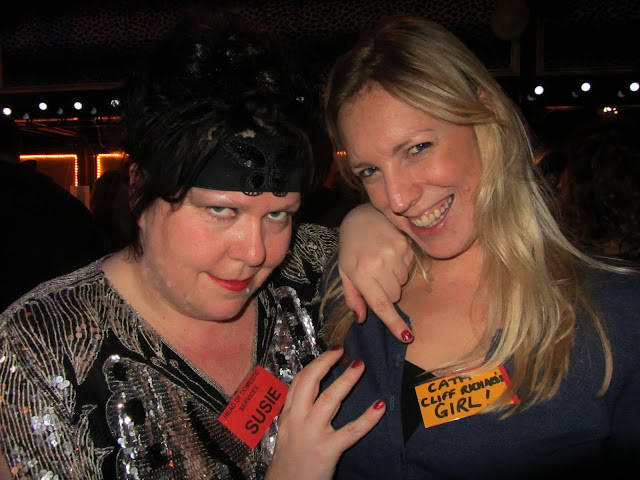 We arrived at the office and were promptly issued with our name badges for our relevant department. For one night only, Cath and I were employees in the Domestic Services department of Product Solutions. We joined the rest of our team for a glass of punch and a few Cliff Richard tracks whilst our team leader, Susie (completely overdressed in a brilliant spangly butterfly top) got us all in the mood for the night ahead.

Before long, Helen the head of HR turned up and asked certain members of staff (Cath and I included) to follow her to the board room for a meeting, during which Helen broke the news that we'd all been fired! Now part of the unemployed gang, we were given new name cards so we could then be who or whatever we wanted to be. Cath decided she would become 'Cliff Richard's Girlfriend'. Just to make Susie jealous. It worked. 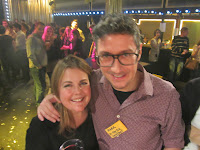 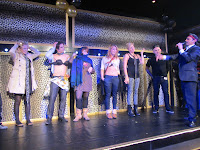 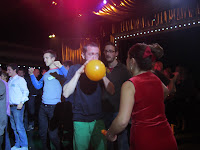 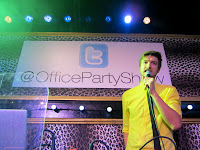 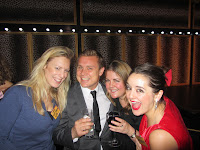 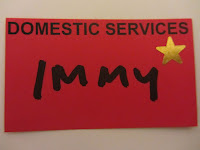 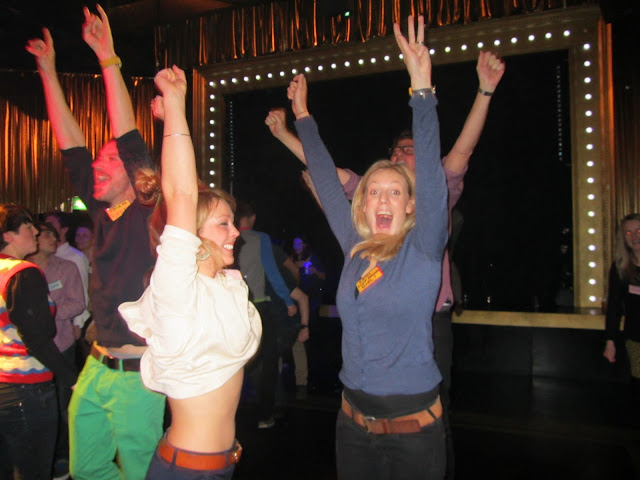 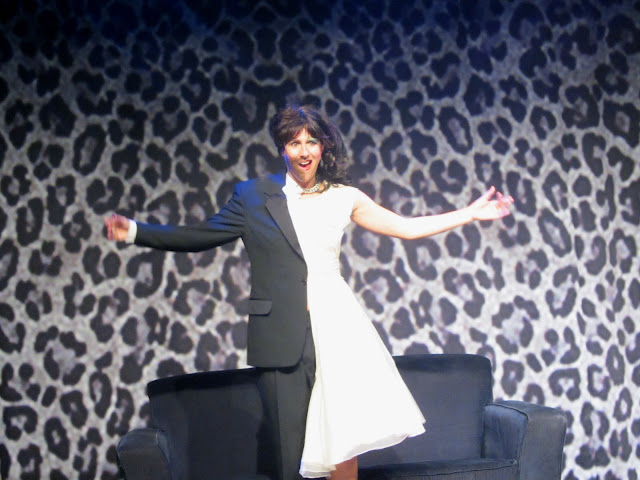 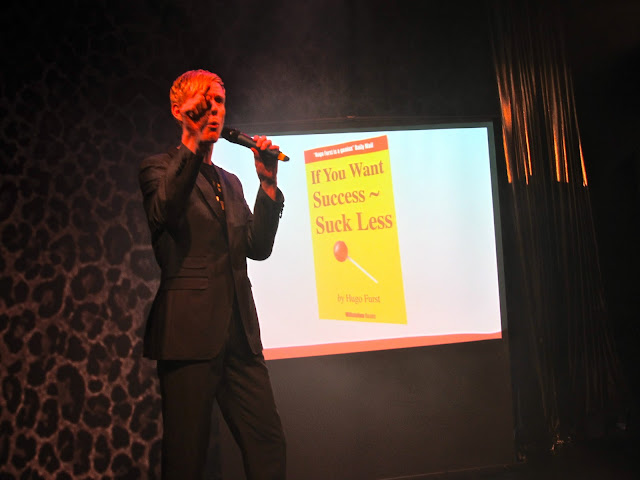 We then joined our fellow 'colleagues' in the main room for the office party itself. There was a brief moment when I stopped to question whether this was genuinely fun, and I realised it must be as I was thoroughly enjoying myself. We headed to the bar and really got into the swing of it. I won't tell you every detail as I think it's worth going to check it out for yourselves, but suffice to say the party involved some tragically hilarious entertainment, some team building games, a company speech from the sleazy, shiny-suit wearing CEO, Brian (which Cath was listening to so intently, I think she had forgotten it wasn't real), and of course some truly terrible disco-dancing. 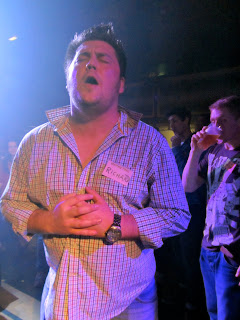 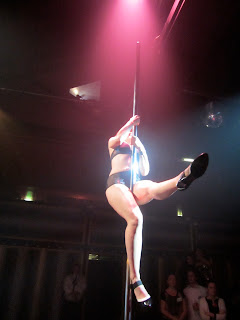 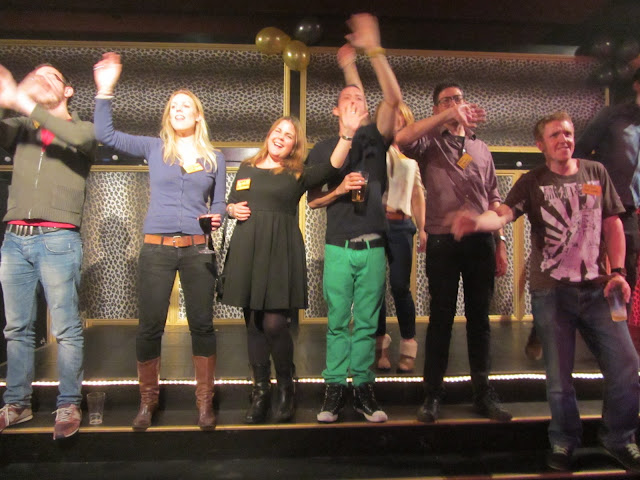 The audience got so into character, it was hard to differentiate who was an actor and who wasn't, which of course was the name of the game. The entire evening was a complete laugh, and in true office party style, we drank too much wine and knew it was time to go home when we started re-enacting the Human Centipede on stage... The relief being it wasn't a real party so we didn't have to face real colleagues at work the next day.

I would highly recommend getting a bunch of friends together and going to the Office Party for a fun night out. It would also be a great place for a real company or office department to have their party, making it doubly ironic. 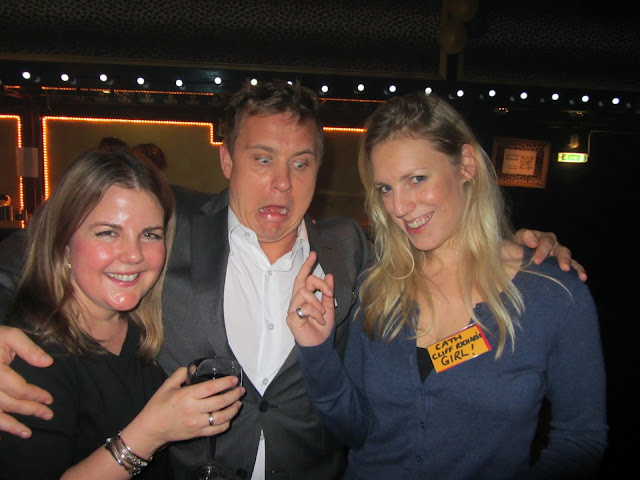 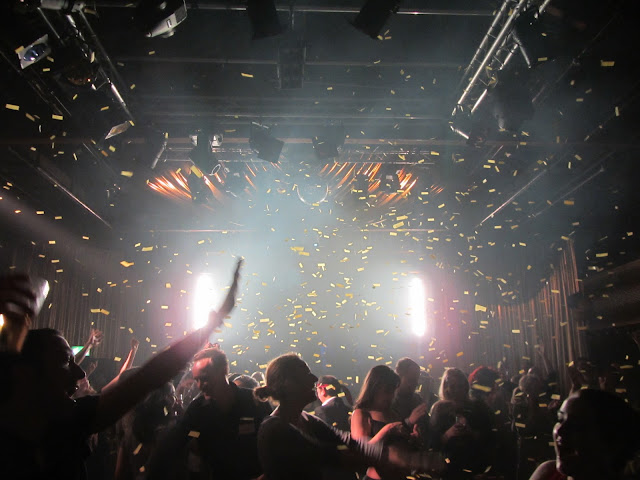 Hilarious and fabulous. Love it.