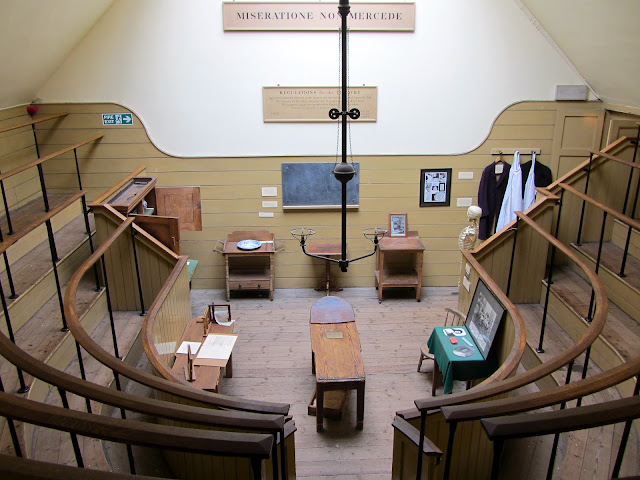 I know the thought of going to a museum can send some people to Yawnsville, but The Old Operating Theatre Museum & Herb Garret is not your average museum. Situated within an old English Baroque Church, it is fascinating (and a little bit gruesome) to think that before the discovery of anaesthetic and antiseptic, patients were literally strapped to a wooden board and had their ailing limbs amputated with only a hint of alcohol or perhaps opium to distract them from the excruciating pain. Poor sods! 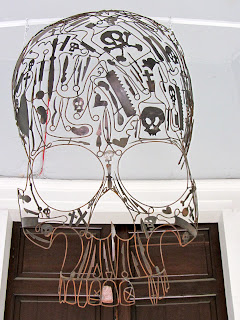 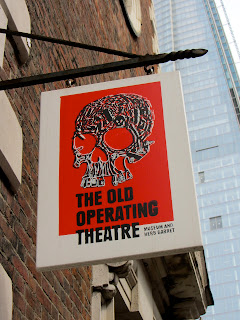 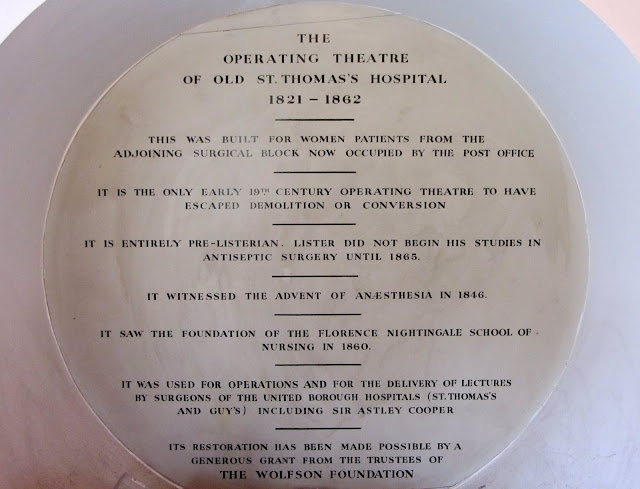 The museum building looms in the shadow of the contrastingly new and magnificent glass Shard just by London Bridge. Inside the doorway, you are greeted by a cleverly-constructed skull, made up entirely of rusty antique operating implements including scalpels, saws, scissors and blades. The small doorway leads you up a very steep and winding staircase to the museum entrance where you purchase your ticket before ascending even higher into the Church rafters and the completely unexpected surroundings of the sweet-smelling herb garret. 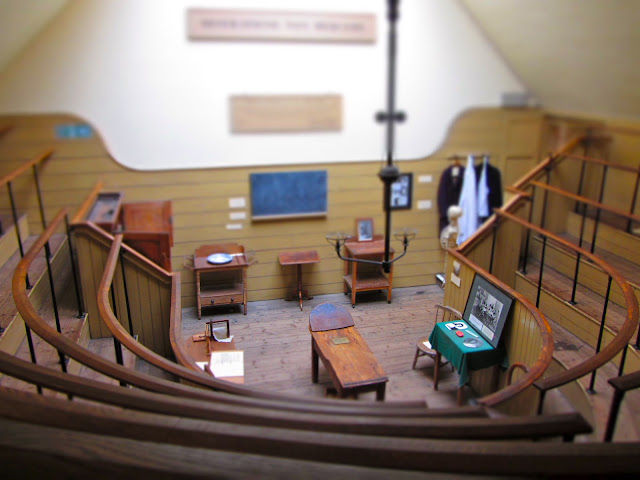 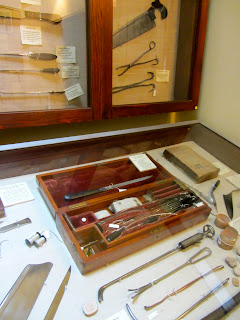 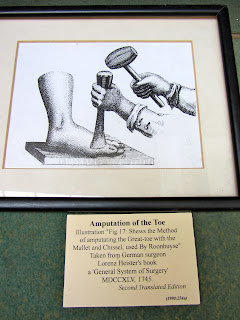 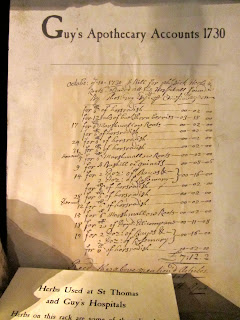 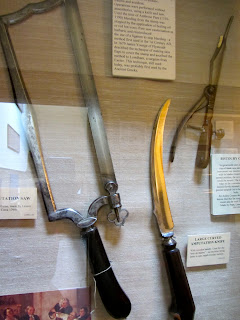 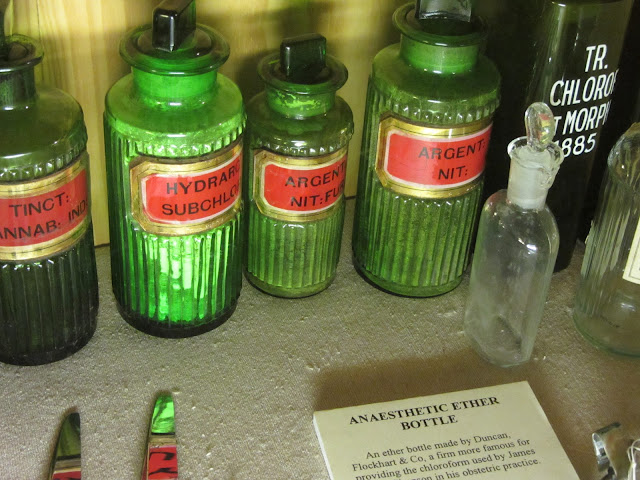 Dating from 1822, this is the oldest surviving operating theatre in the country. It is surprisingly small with a steep tiered seating gallery where eager medical students would have congregated to watch and learn as crude operations took place. In those days, it would have primarily been the poorer folk who were operated on here, as the richer patients would have been treated at home. And as the British surgeon, Joseph Lister, didn't pioneer antiseptic until 1867, there was little to prevent the onslaught of infection, so gangrene and blood poisoning were to be expected. Internal operations in those days were too dangerous to contemplate without resulting in almost certain death. 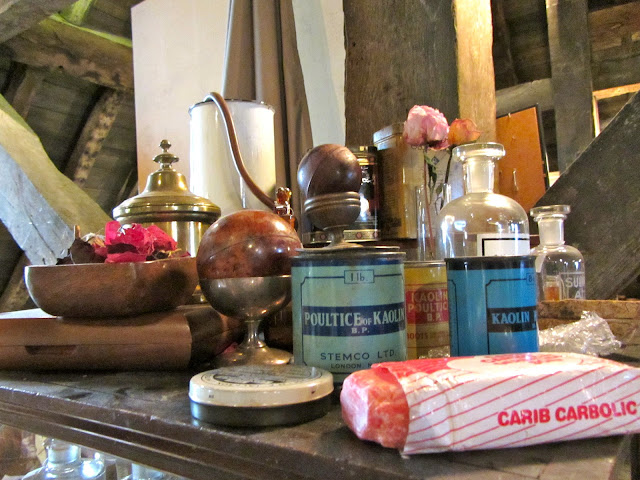 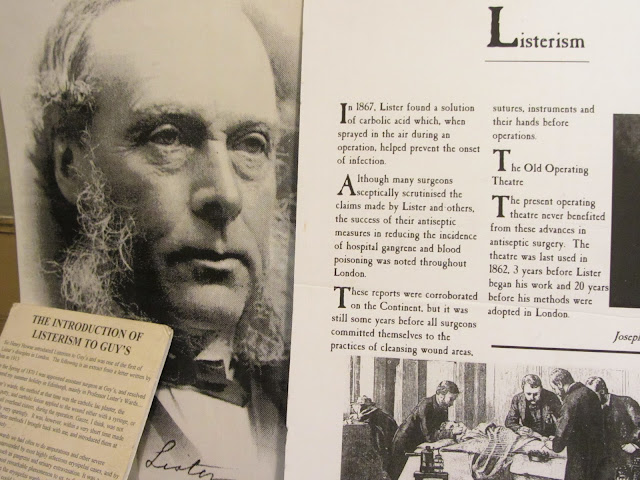 Made almost entirely of wooden timbers and floors, the garret is a wonderful space which was created when St Thomas' Church was rebuilt in 1703 and became a useful storage space for the local apothecary. Here you can wander around and marvel at the strange array of plants, herbs and medical instruments, which would have been stored here and used for medical and medicinal purposes by the adjoining hospital. Old cabinets full of beautiful blue, green and brown glass bottles which would have contained not such beautiful poisons and other alarming concoctions. Detailed literature and drawings on how to amputate a foot. Remnants of bones - both animal and human. Dissected body organs floating in formaldehyde. It was so intriguing, I was half expecting to see the witches from Macbeth huddled around a cauldron, creating curious potions and chanting 'Double, double, toil & trouble..'. 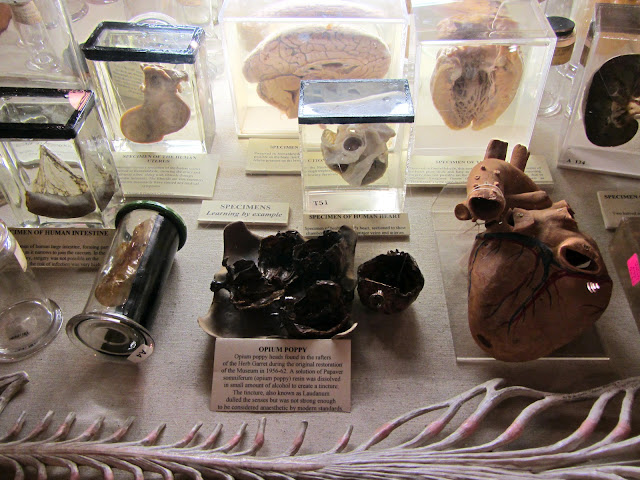 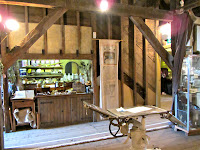 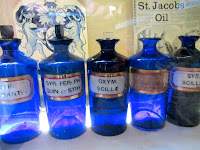 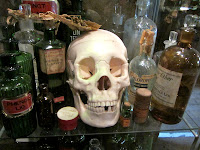 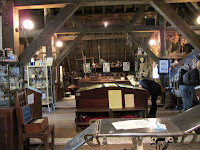 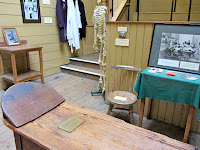 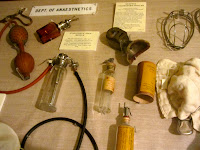 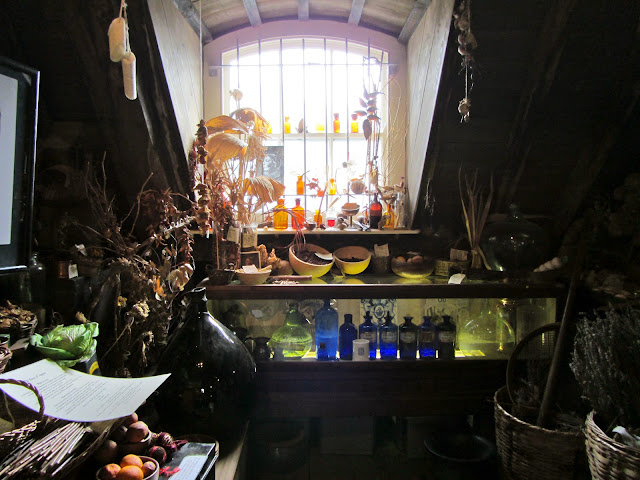 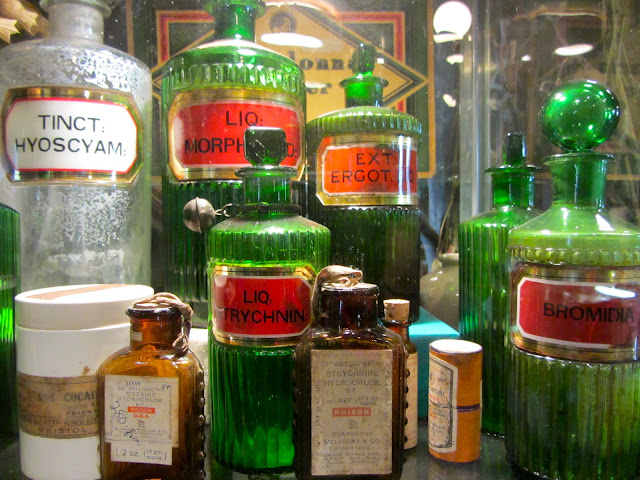 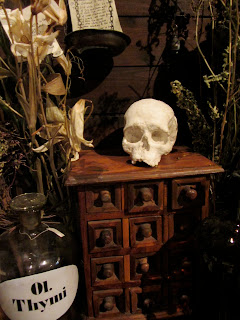 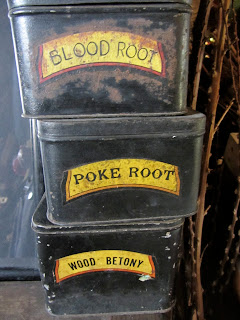 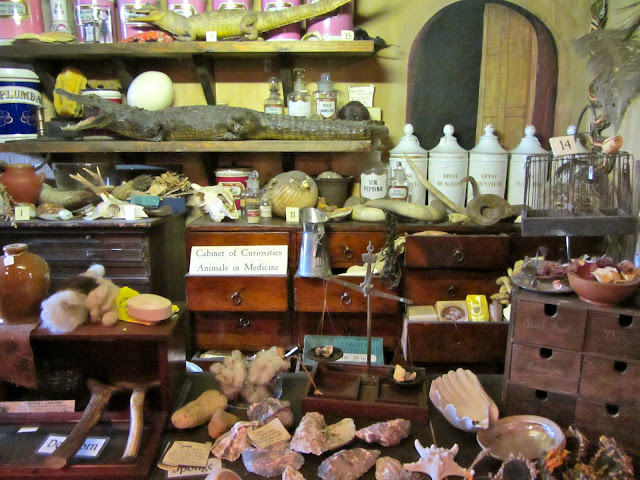 Visiting The Old Operating Theatre Museum was a real eye-opener. It instantly transported me to a completely different era, revealing the horror and naiviety of medicine before the age of science. And it was a very real insight into what a terrifying prospect it must have been, knowing what the likely consequences were if you had a septic wound. It was quite a relief to be back outside in the safety of the 21st century where I headed straight to the local chemist to stock up on every form of antiseptic available! 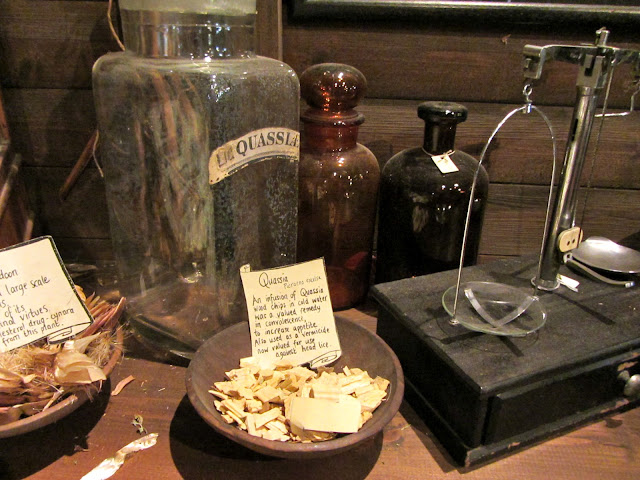 Posted by Missimmy at Wednesday, September 05, 2012

I was recently at an antique fair and one stall was selling a box full of glass eyes. I did buy some really cool apothecary jars though (passed on the eyes - eww). XOL