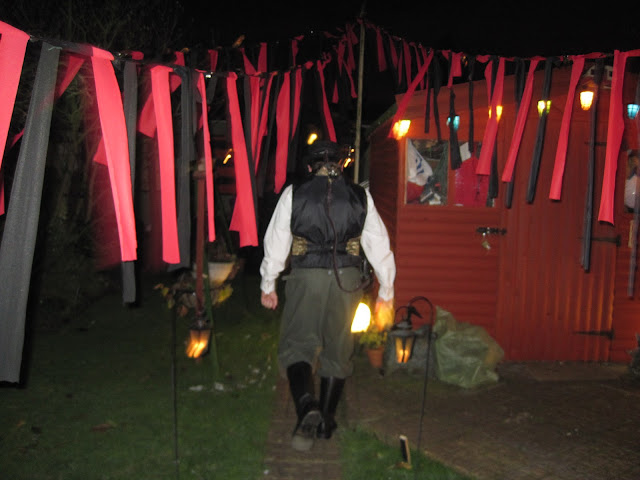 So, last Sunday I went about my day in the usual way - did the laundry, nipped to the supermarket and met a friend for lunch.  Oh, and then that evening, I took my brother to the depths of Essex for a spot of time travelling.  Yes, seriously, we went time travelling!  Let me explain...


Following our instructions, we made our way to somewhere near Romford and turned up at a nice, ordinary suburban house where we were greeted by a beautiful golden retriever. Called Toast. Wearing a waistcoat. Alongside Toast were the eccentrically-dressed twin brothers who had invited us to this very curious evening.  Two very clever and creative gents called Gavin and Jason. 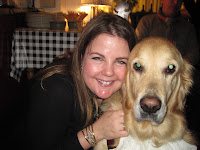 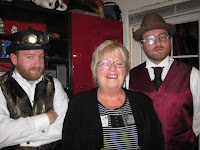 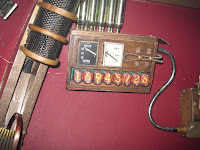 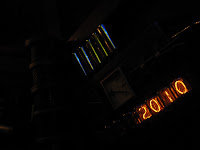 On the surface, everything appeared quite normal.  We were two of several guests and received a very warm welcome from the twins' mother, who provided us all with endless refreshments, including a mean chilli con carne. After the various introductions, chit-chat, chilli and drinks, the real reason for our visit soon became clear.


Gavin & Jason divided the guests into two groups, my brother and I being in the first group. Soon our time had come and we obediently followed our leaders outside, past a roaring fire and down the garden path, straight into what appeared to be a large shed.  We certainly weren't in Kansas anymore.  Or Romford for that matter.  Our hosts' eccentric attire became fitting of their true roles as 'Time Travelling Captains'.  Amidst the dry ice and dim lighting they chivvied the four of us directly into a surprisingly authentic-looking time machine.  The Fangorium.

Once inside, we were given a pre-flight safety talk and a brief tour of our surroundings and travel apparatus including flickering lights, safety guns, important pieces of rope, an impressive gizmo called a paradox lock, and the all important time circuit to let us know what year we were in.  Let the adventure begin... 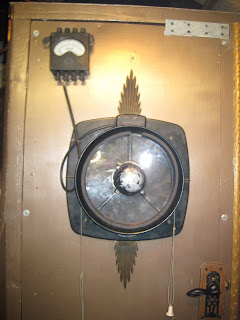 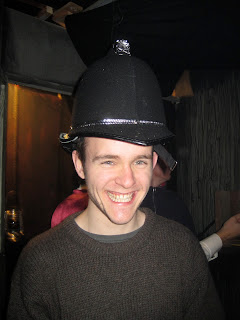 Taking our seats, the door was locked and our crazy time-machine-inventing twin hosts left us to it.  The Fangorium started to shake, hiss and whir as we began our rapid descent back in time, grinding to an abrupt halt. Through the blast shield we could gauge signs of foliage, prehistoric birds and strange life forms, as it was announced we had reached the cretaceous period, which was confirmed by the disconcerting sound of heavy-footed dinosaurs circling the machine, roaring loudly.  Thankfully, it wasn't long until we were on our way again, ascending to 5010 where we were briefly submerged under the ocean but luckily not long enough to get wet as we whizzed all the way back to 1944.  The penetrating sound of gunfire and war sirens was an unmistakeable sign that we'd landed bang smack in the middle of WW2.  The machine door gently opened, to reveal a giant Swarstika flag and as we made our way gingerly towards the door, we were suddenly pushed back in by a scary gas mask-clad Nazi brandishing a machine gun, yelling at us in a rather suspicious German accent. 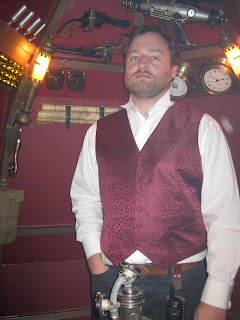 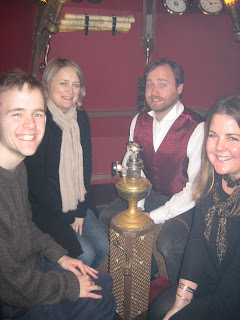 It wasn't long before we were on our way again.  This time to 1888 - Victorian London.  As the machine came to a standstill, the door opened out onto Whitechapel Road.  And we all know what that means. Jack!  Now terrified (yet brave) us four weary time-travellers exited the machine into the dark tunnelled-streets of East London.  From nowhere appeared a proper London Bobby (complete with a large helmut and truncheon no less!!) who ushered us to safety in a nearby store room at the Ten Bells pub.  In the dingy candlight, we saw the figure of Jack the Ripper appear at the window, scaring us half to death as he tried to break in and stab us with his pesky bloodied-blade. Fortunately our friendly copper appeared back on the scene just in the nick of time to guide us back to the Fangorium, tripping over the body of a decaying prostitute as we dashed along the street.  With The Ripper hot on our heels, we managed to make our way safely back inside the machine and close the door with just seconds to spare. Phew! 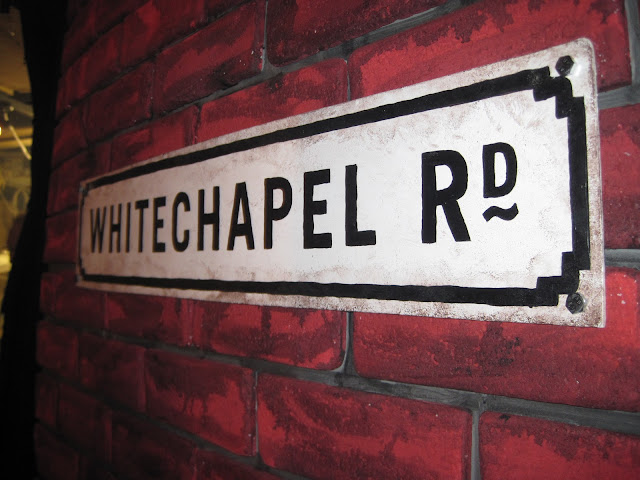 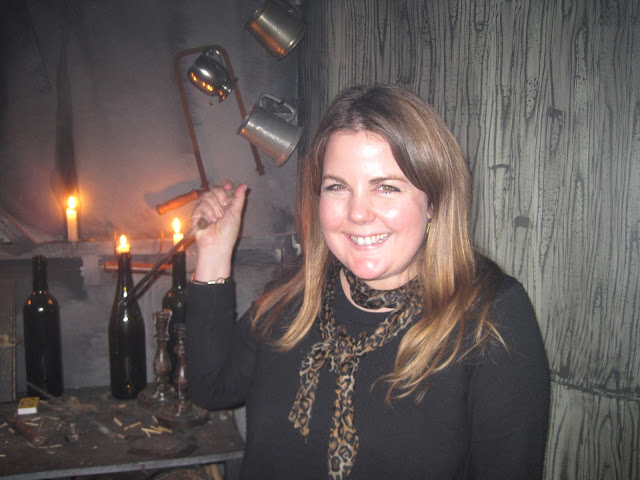 As the Fangorium cranked up for its final voyage back to 2010, we all heaved a united sigh of relief as our epic journey drew to an end and the door opened one last time to let us out back into our familiar world. We were soon back in the warmth and security of the house to enjoy a large glass of wine and bid the next team of guests farewell as they left to embark on their mission. Slightly envious that they still had it all to come. 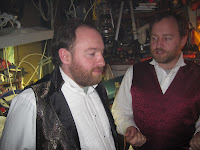 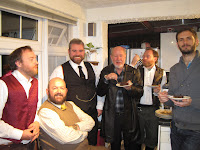 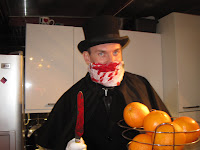 Like something out of 'Alice in Wonderland' or 'Mr Benn', it was certainly an adventure to remember. A truly bizarre and surreal evening which is right up there on the quirkometer.  Thank you so much for inviting us Gavin & Jason.  It was a terrifying pleasure and privilege!  To see a film of the Fangorium mission, click here

Ahh, yes it was! Shame you missed it. Will definitely take you to the next wacky thing I go to :) xx

Gutted I couldn't come too! But from the photos I'm not sure I'd have been allowed in as I don't have a beard...

Ha! Yes, there were quite a few beardy folk there. Think it's a time-machine regulation. I shaved mine off afterwards :)