Being a Brit, celebrating Thanksgiving isn't very high on my agenda.  So it was with intrigue and curious intrepidation that I made my way to a lovely house in posh Holland Park to see what all the fuss was about. And it didn't disappoint. Nomad Chef is a well established supper club run by a lovely American lady who definitely knows how to 'do' Thanksgiving.  She and her cooking partners-in-crime, hosted dinner for a whopping 25 diners that night, turning their conservatory into a perfect restaurant. As well as Americans, there were guests from far and wide including a few children which gave it a lovely family atmosphere.  In fact, there were regular moments during the evening when I felt as if I was an extra in a Woody Allen film.  Not sure if I was Hannah or one of her sisters, but it was a happy place to be. 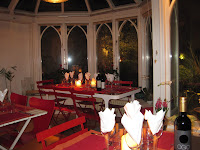 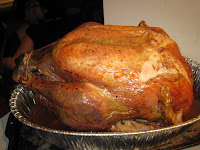 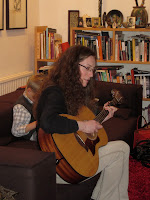 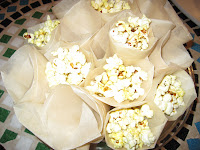 After some welcome Prosecco and spicy popcorn, whilst being serenaded by an excellent singing guitarist called Kate, we all made our way to the conservatory. The modest-sized kitchen added to the wonder of such a feast, especially the enormous roast turkey, which I can only imagine took up the entire  oven!


Apparently the turkey cost £130 (and probably weighed about the same), but then it did come from Lidgate's - without doubt the best butcher in London - so was worth every tasty morsel.

We all tucked into traditional homemade oyster pie, which as someone who despises oysters, I have to say was surprisingly delicious.  This was followed by a giant plate of turkey with so many trimmings, I can't remember what they all were, but the colourful combination of chestnut stuffing, mashed potatoes, mushrooms, mini souffle, cranberry, orange, French beans and gravy was an incredibly tasty assault on the tastebuds.  A moment of giving thanks ensued where we all shared our gratitude with one another, and this was swiftly followed by fab homemade pecan and pumpkin pies. 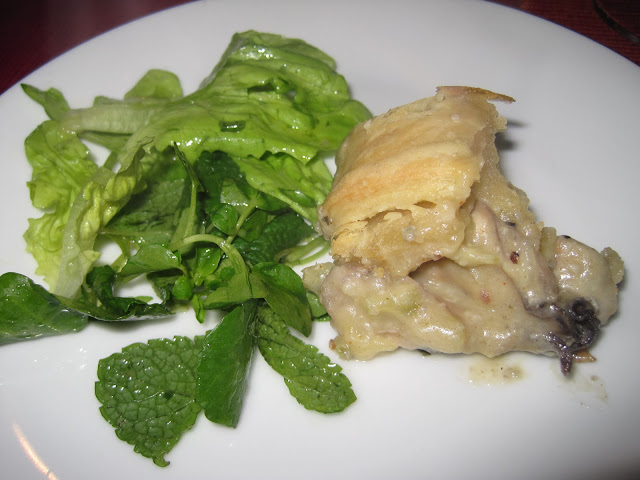 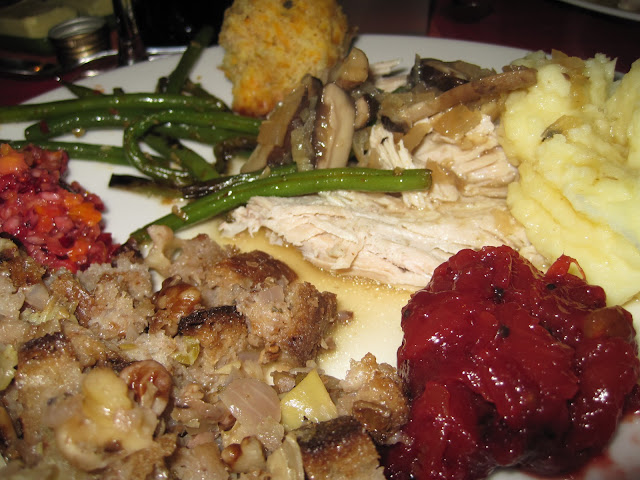 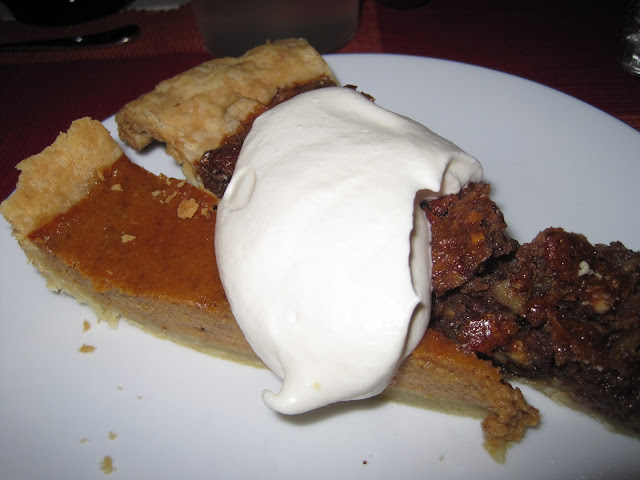 I was lucky enough to be seated with five brilliant and very funny females.  I definitely think we had the best table, as we all got on so well and almost laughed ourselves into a wine and turkey-fuelled coma. 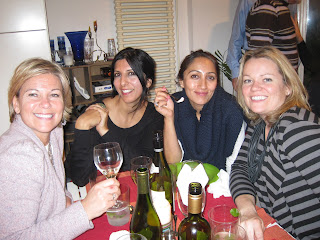 It was a wonderful evening and I'm definitely putting Thanksgiving in my diary next year.  If you want to check out a supper club in West London, then Nomad Chef has got to be it.
Posted by Missimmy at Wednesday, December 01, 2010

I was there too (one of the American transplants) and I had so (too?) much fun! Nice review! And I'm glad I found your blog!

It took me a while to find your blog.. What a lovely review of a fab evening. I was there too and I think we spoke briefly. Great blog!